Carl Hartzell: there will be an official statement coming from Brussels in the coming few hours 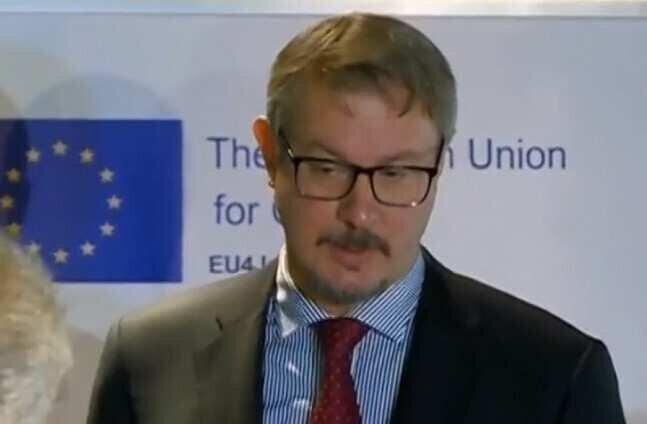 Carl Hartzell: We have some questions about Gigi Ugulava’s verdict

EU Ambassador to Georgia Carl Hartzell has commented on the arrest of one of the leaders of European Georgia Gigi Ugulava. He said the EU has some questions about the verdict.

“We have been following the case of opposition leader Gigi Ugulava for some time. I had the opportunity yesterday to assess the situation following the verdict together with my EU colleagues. And I want to say that we all share a number of questions with regard to circumstances around the verdict. We also agree that this event is not conducive to the atmosphere needed to move forward on the political dialogue, which, as we know, is a key component and a vehicle that could breach political polarization in the country”, Carl Hartzell said.

According to him, he expects that there will be an official statement coming from Brussels in the coming few hours.

“There have been some statements made by different politicians in Brussels and in some capitals, and I expect that there will be an official statement coming from Brussels in the coming few hours”, the Ambassador said.
The comments come two days after the Supreme Court of Georgia found Gigi Ugulava guilty of embezzlement and sentenced him to 3 years and 2 months in prison.