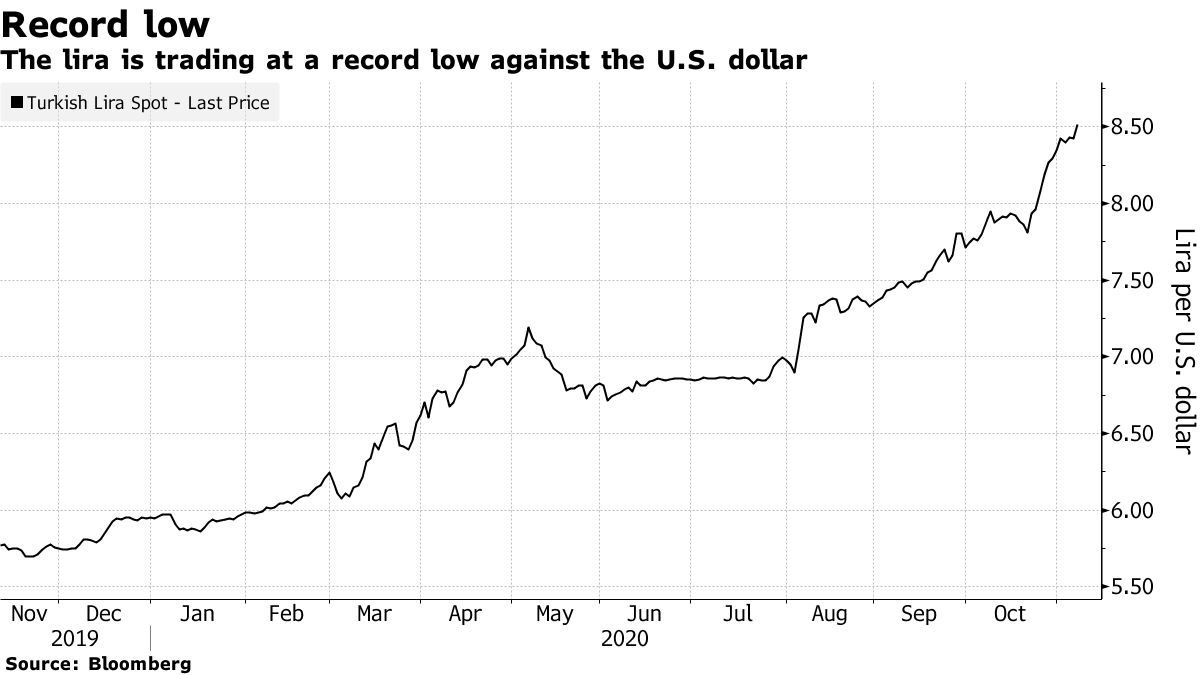 Back
Traders in Turkey’s lira - the worst-performing emerging-market currency this year are preparing to cast their verdict on two potentially huge upheavals to the country’s finances -- the second change of central-bank chief in 16 months and the sudden resignation of the treasury minister – such is international media’s take on Turkey’s currency and how the country is handling the situation.
The Turkish currency has lost about 30% against the dollar in 2020, a decline that has accelerated since the central bank held back from raising the cost of borrowing at its October meeting. Net reserves have shrunk by $2.28 billion to $18.93 billion while Turkish locals’ holdings of foreign currencies and gold - seen as a gauge of domestic confidence in the currency - have risen to a record high of $221.04 billion.
President Recep Tayyip Erdogan fired Governor Murat Uysal over the weekend as a series of interest rate increases failed to halt the depreciation of the lira. Later, Turkish Finance Minister Berat Albayrak said he was stepping down as treasury and finance minister because of undisclosed health reasons.
He made the announcement on his Instagram account, saying he wanted to spend more time with his family. Albayrak, who’s also the president’s son-in-law, has been in the cabinet since 2015.
According to some assessments, Joe Biden’s victory in the U.S. presidential election is unlikely to do the lira any favors either. Traders have been concerned that U.S.-Turkish relations will cool under the new administration.
The Turkish government faces possible U.S. sanctions over the purchase of a Russian missile system.
Turkish Lira