Change of Her Majesty’s Ambassador to Georgia: August 2020 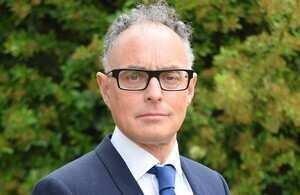 Mr Mark Clayton has been appointed Her Majesty’s Ambassador to Georgia in succession to Mr Justin McKenzie Smith who will be transferring to another Diplomatic Service appointment.

Mr Clayton will take up his appointment during August 2020.