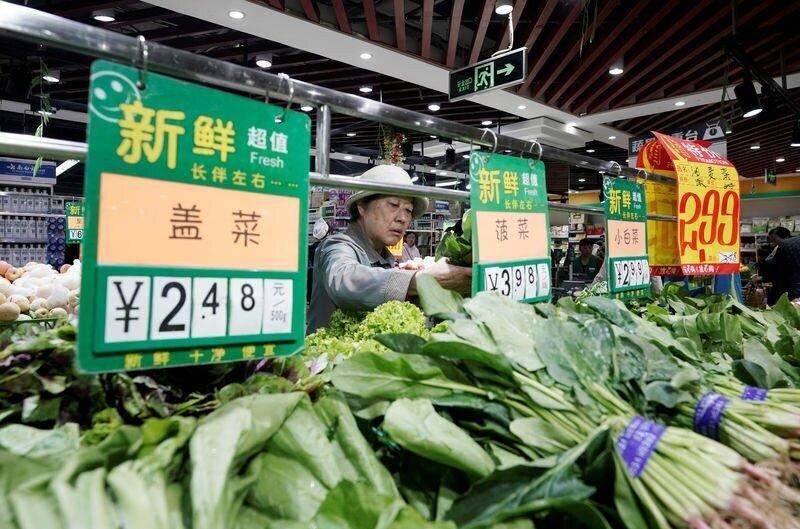 Prices of pork, a food staple in China, rose by 20.2% in July from a year ago. It marked the first increase since September 2020, according to official data accessed through Wind Information.

In fact, pork prices posted their largest month-on-month surge on record — up by 25.6%, the data showed.

Farmers’ reluctance to sell — in hopes of getting higher prices in the future — contributed to July’s pork price surge, said Bian Shuyang, agricultural products analyst at Nanhua Futures, in a statement.

Looking ahead, Bian expects it will be difficult for pork prices to surpass July’s levels.

According to the analyst, live hog producers are now operating at a profit, an indication of more supply to come.

Pork prices have swung wildly over the last three years as hog farmers have had to battle deadly disease and many new producers.

Fresh fruit and vegetable prices also jumped in July, up by 16.9% and 12.9% from a year ago, respectively, according to the National Bureau of Statistics.

The headline consumer price index rose by 2.7% in July, missing expectations for a 2.9% increase, according to analysts polled by Reuters.

“The Covid outbreaks in many cities and the lack of further policy stimulus may have led to weaker growth in July,” he said.

Despite the summer holidays, the tourism price component only rose by 0.5% in July from a year ago.

Covid outbreaks in the last few weeks have disrupted vacations with cancelled flights and venue closures in tourist spots ranging from Hainan island to the Tibetan plateau.

China’s CPI print for last month was still the highest since July 2020, when the index also rose by 2.7%, according to Wind data.

The 4.2% year-on-year increase reported for July missed the Reuters’ poll forecast of 4.8% growth.