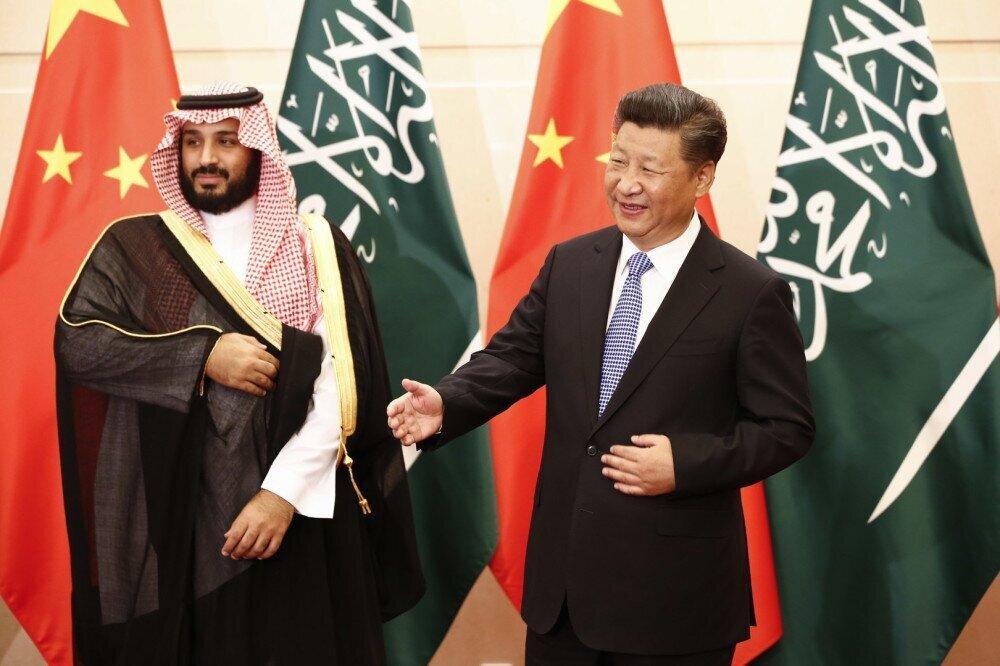 China "welcomed the Kingdom's role as a supporter of the balance and stability in the world oil markets, and as a reliable major exporter of crude oil to China," the statement said in part. China is the world's largest importer of oil.

What do we know about cooperation between China and Saudi?

After the visit, energy giant Saudi Aramco announced that it would be collaborating with Shandong Energy on downstream projects in China, including potential collaboration on integrated refining of petrochemical products and other opportunities.

Shandong Energy said it lent its support to Aramco in the development of cooperation across hydrogen, renewables and carbon capture technologies.

The two companies also signed a memorandum of understanding with a potential crude oil supply agreement as well as a chemicals products offtake agreement.

What else was in the statement at the end of the visit?

Saudi Arabia reaffirmed its commitment to what is known as the "one China" policy, the agreement China demands of all its trading partners whereby they do not formally recognize Taiwan as an independent country.

Both China and Saudi Arabia reaffirmed the importance of a peaceful solution to the conflict in Ukraine following Russia's February 24 invasion.

What else do we know about Xi's trip?

Friday is the third and final day of Xi's first visit to Saudi Arabia in six years and only the third trip abroad he has made since the COVID-19 pandemic began.

Xi was set to meet with the six-member Gulf Cooperation Council on Friday and there will also be a broader China-Arab summit.

Egyptian President Abdel Fattah al-Sisi and Tunisian President Kais Saied arrived in Riyadh on Thursday evening for the summit. The leaders of Iraq, Lebanon and Qatar are also expected to attend.

On Thursday Xi met King Salman and Crown Prince Mohammed bin Salman. The leaders announced agreements on a range of things including housing and energy, albeit without providing many details.

Saudi state media previously reported $30 billion (€28 billion) worth of deals would be signed during Xi's visit.

Why is the visit geopolitically relevant?

The visit is also being watched closely beyond the Middle East and Asia for signs of Saudi rapprochement with China.

On Wednesday, the White House rebuked Xi for making the trip to one of Washington's traditional allies.

"The influence that China is trying to grow around the world," is "not conducive to preserving the international rules-based order," the White House said.

Zürich newspaper Neue Zürcher Zeitung noted Friday that, "Xi's visit fuels fears that China could replace the US as the Gulf states' most important partner," at a moment when "the alliance with the US is in crisis and Saudi Arabia has recently snubbed Biden by cutting oil production," DW reports.