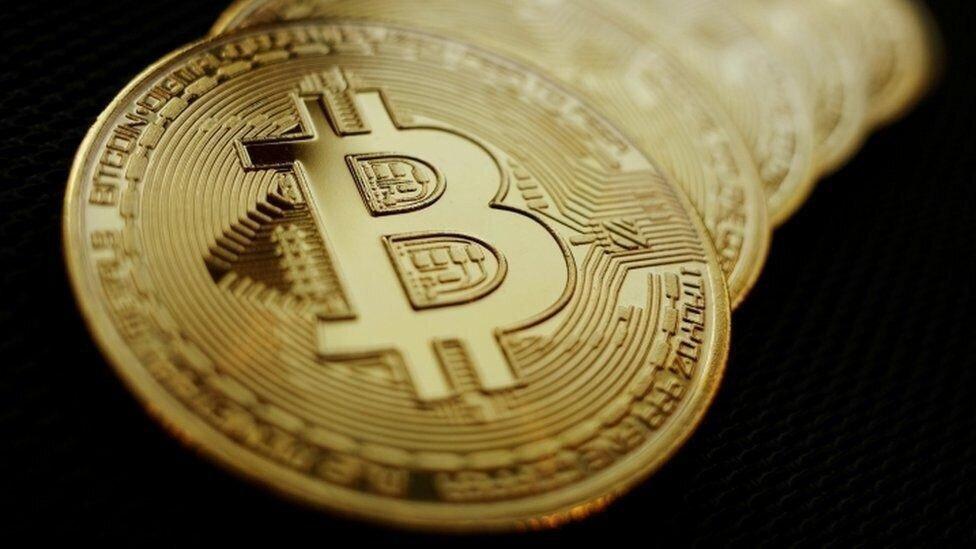 Back
China has expanded its clampdown on cryptocurrencies, telling banks and payments platforms to stop supporting digital currency transactions.
That follows an order on Friday to shut down Bitcoin mining operations in Sichuan province.
The price of Bitcoin slumped by more 10% on Monday but stabilised in Asian trading on Tuesday.
The value of the cryptocurrency has fallen by around 50% since hitting a record high above $63,000 in April.
On Monday, China's central bank, the People's Bank of China (PBOC), said it had recently summoned several major banks and payments companies to call on them to take tougher action over the trading of cryptocurrencies.
Banks were told to not provide products or services such as trading, clearing and settlement for cryptocurrency transactions, the PBOC said in a statement.
China's third-largest lender by assets, the Agricultural Bank of China, said it was following the PBOC's guidance and would conduct due diligence on clients to root out illegal activities involving cryptocurrency mining and transactions.
China's Postal Savings Bank also said it would not facilitate any cryptocurrency transactions.
Chinese mobile and online payments platform Alipay, which is owned by financial technology giant Ant Group, said it would set up a monitoring system to detect illegal cryptocurrency transactions.
The latest measure came after authorities in the southwest province of Sichuan on Friday ordered Bitcoin mining operations to close down.

China accounted for around 65% of global Bitcoin production last year, with Sichuan rating as its second largest producer, according to research by the University of Cambridge.
Last month China's cabinet, the State Council, said it would crack down on cryptocurrency mining and trading as part of a campaign to control financial risks.
Some analysts have warned of potential further falls in the price of Bitcoin due to a price chart phenomenon known as a "death cross", which occurs when a short-term average trendline crosses below a long-term average trendline.
Other cryptocurrencies also fell as investors worried about tougher regulation of digital currencies around the world.
Separately, the auction house Sotheby's said that a rare pear-shaped diamond that is expected to sell for as much as $15m can be bought at an auction next month using cryptocurrencies.
It is the first time that such a large diamond has been offered in a public sale with cryptocurrency.
Cryptocurrencies China Bitcoin People's Bank of China