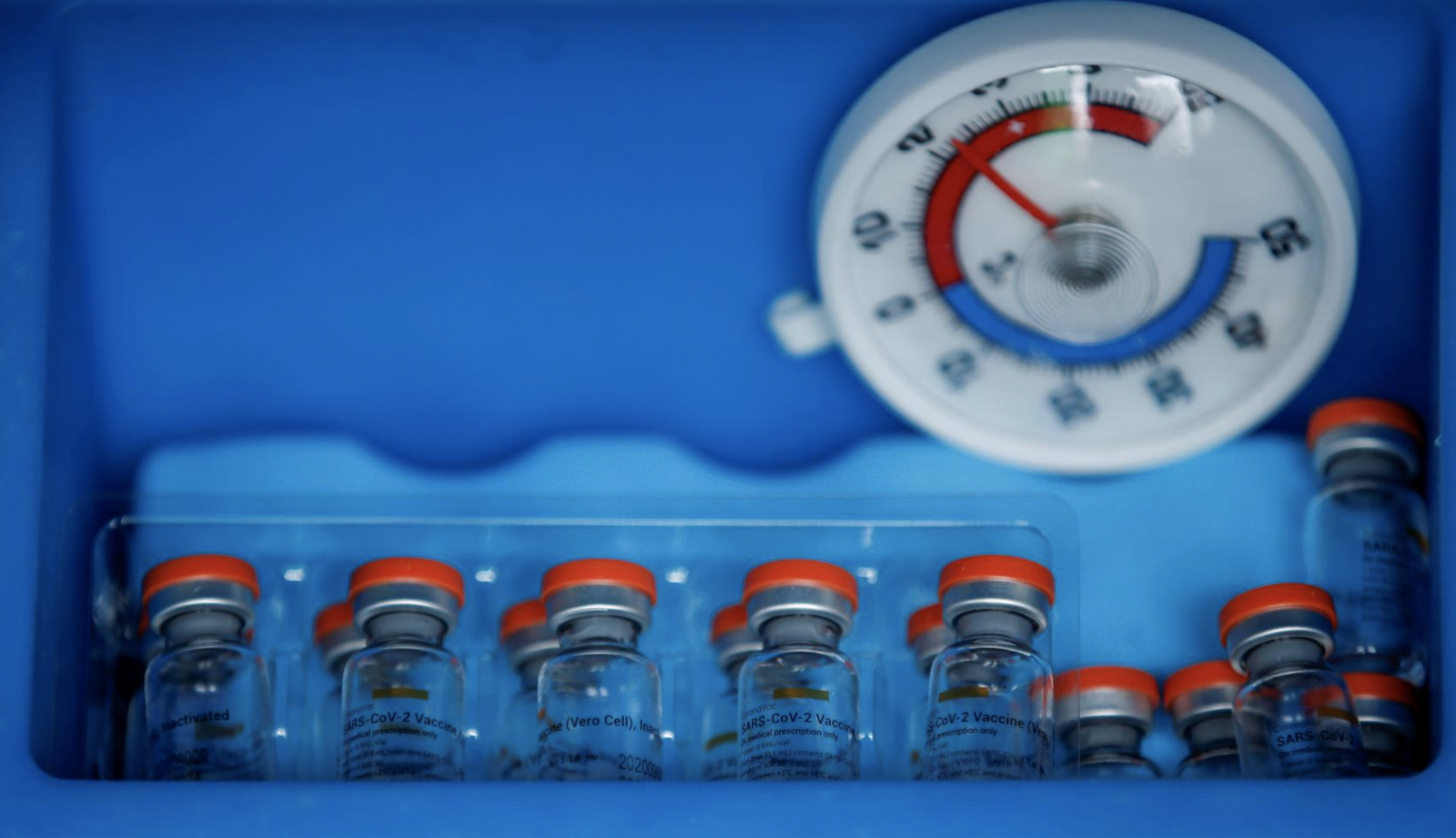 Back
BEIJING (Reuters) - China said on Wednesday three drugmakers had submitted applications to supply their COVID-19 vaccines to global vaccine-sharing scheme COVAX in the country’s first formal move to provide locally developed shots to the initiative.
Sinovac Biotech, China National Pharmaceutical Group (Sinopharm) and CanSino Biologics have applied to join the scheme, China’s foreign ministry spokeswoman Hua Chunying told a news conference on Wednesday.
The COVAX scheme - led by the World Health Organization and GAVI vaccine alliance - is due to start rolling out vaccines to poor and middle-income countries in February, with 2 of 3 billion doses expected to be delivered this year.
WHO Director-General Tedros Adhanom Ghebreyesus said on Monday that vaccine nationalism had put the world on the brink of “catastrophic moral failure,” and urged countries and manufacturers to spread doses more fairly around the world.
Vaccines from Sinopharm and Sinovac are already being rolled out in several countries, including Brazil, Indonesia, Turkey and the United Arab Emirates.
None of the three companies have released detailed efficacy data of their vaccines to the public yet, but limited early access to rival shots developed by Western drugmakers have prompted many developing countries to sign up for Chinese vaccines.
Sinovac, Sinopharm and CanSino did not have any immediate comments on the timing of COVAX approval of their vaccines, supply amounts and what data they have provided to COVAX.
COVAX was not immediately available for comment.
China Covid19 COVAX