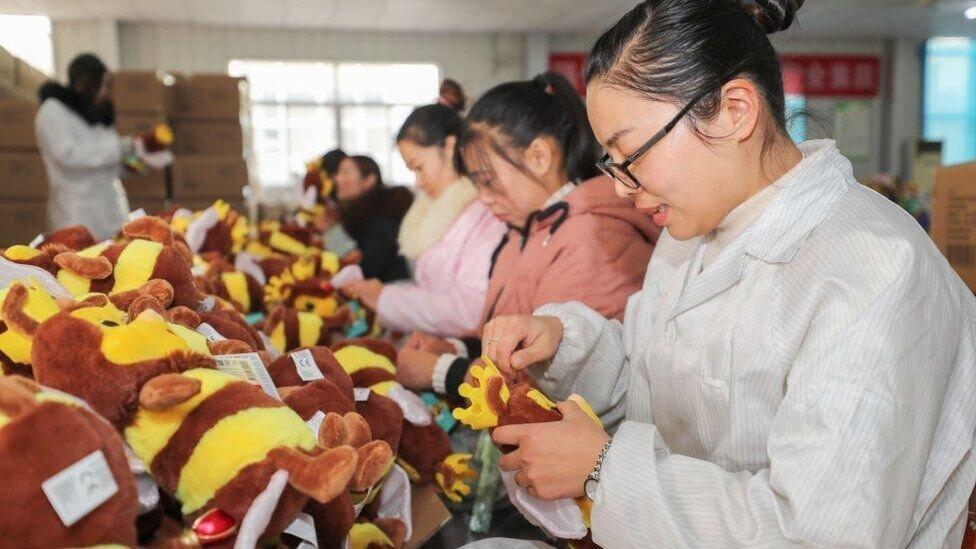 Back
China's economy grew a record 18.3% in the first quarter of 2021 compared to the same quarter last year.
It's the biggest jump in gross domestic product (GDP) since China started keeping quarterly records in 1992.
However, Friday's figures are below expectations, with a Reuters poll of economists predicting 19% growth.
They are also heavily skewed, and less indicative of strong growth, as they are compared to last year's huge economic contraction.
In the first quarter of 2020, China's economy shrank 6.8% due to nationwide lockdowns at the peak of its Covid-19 outbreak.
"The national economy made a good start," said China's National Bureau of Statistics, which released the first quarter data.
But it added: "We must be aware that the Covid-19 epidemic is still spreading globally and the international landscape is complicated with high uncertainties and instabilities."
Other key figures released by China's statistics department also point to a continuing rebound, but are also unusually strong because they are compared against extremely weak numbers from last year.
Industrial output for March rose 14.1% over a year ago, while retail sales grew 34.2%.
Source: BBC
China Global Economy

Pharmaceutical quality control lab to be set up with state funds