China's inflation cools in May as COVID lockdowns cloud outlook 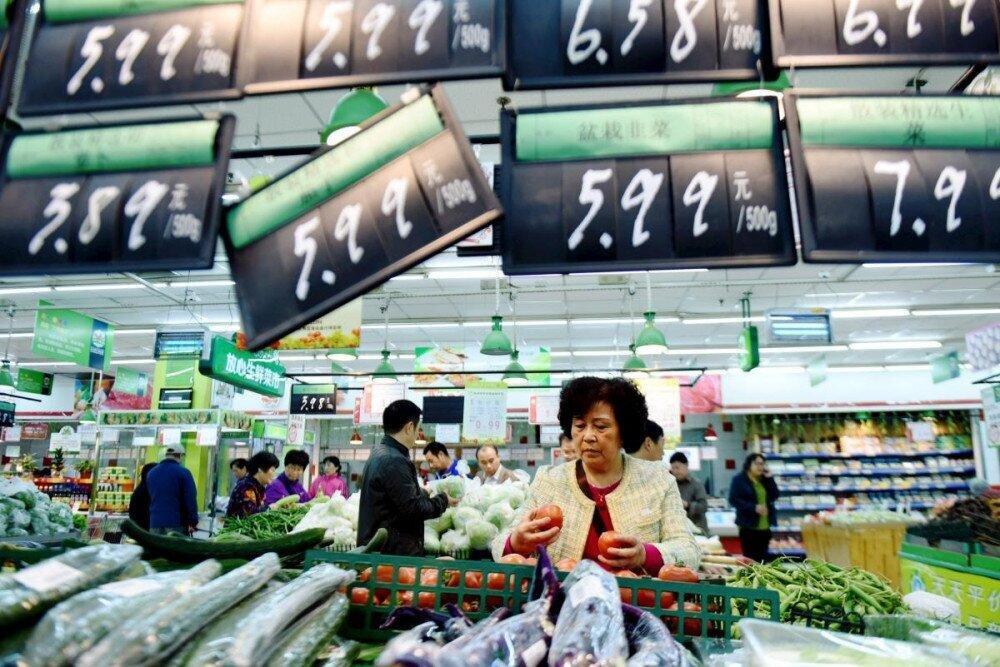 Inflationary pressures are easing in China, with data on Friday showing that May factory-gate inflation rose at its slowest pace in more than a year. Consumer prices were flat, while auto sales tumbled for the third month in a row.

The data come a day after better-than-expected trade figures pointed to an upswing in an economy that has been battered by COVID lockdowns in major cities, throwing China's 5.5% growth target for this year into doubt.

The threat of more virus shutdowns looms over China's growth picture. Shanghai and Beijing on Friday tightened virus-prevention measures following a fresh jump in infections, with orders for the mass testing of millions of residents.

China's Producer Price Index (PPI) rose 6.4% year-on-year in May, down from an 8% increase in April, the slowest price rise since April last year. Lockdowns weighed on demand for key industrial commodities, in stark contrast to other major economies where inflation is surging.

"PPI inflation will likely trend down in the rest of 2022, but with geopolitical tensions still in place, as well as China's 'all-out' push on infrastructure investment, these could prevent PPI inflation from sliding too fast," said Song Shanshan, an economist at HSBC Global Research in Beijing.

The Consumer Price Index (CPI) came in at 2.1% from a year earlier, unchanged from April, according to the National Bureau of Statistics. High food prices, especially for fresh vegetables, kept the CPI above 2%, but it remains below the official 3% target.

"Due to weak demand, supply disruptions in China since early March as a result of the resurgence of COVID-19 have not led to a rapid rise in domestic inflation," Nomura said in a research note.

May auto sales tumbled 12.6% to 1.86 million vehicles, as many buyers were confined to their homes. But the drop was less dramatic than the 47.6% slide in April, according to figures from the China Association of Automobile Manufacturers.

Friday's figures come a day after separate data showed that China's exports in May surged 16.9% from a year earlier, the fastest growth since January, and well above April's 3.9% rise. Imports rose 4.1% in May from a year ago, the first increase in three months, as demand for raw materials rose and factories restarted production in Shanghai after virus lockdowns. Logistics also snarls eased, further boosting trade.

Activity at Shanghai's port, which was running at reduced capacity in April, was almost back to normal levels in May.

China's economy took a big hit in April, with a third of China's biggest cities under tight virus restrictions or lockdowns as the country battled its worst virus outbreak since early in the pandemic.

Beijing has stuck with a strict zero-COVID policy, which aims to quash outbreaks at all costs, saying it saves lives and takes pressure off the health system. China's outbreaks have been small by global standards, numbering in the hundreds of daily cases nationwide. But the rising economic and social costs of the measures have driven calls to ease off the policy, as many countries move toward living with the respiratory illness.

Last week, Shanghai, which locked down most of its 25 million people for two months, lifted the grueling restrictions on movement, while the capital, Beijing, also loosened up. However, on Thursday, authorities in both cities reversed course and raised their COVID alert levels, with Shanghai imposing new a new lockdown in the Minhang district, which is home to about 2 million people.

On Friday, officials in China's financial capital ordered mass testing in all but two of Shanghai's 16 districts, and residents in some neighborhoods were likely to be confined to their homes this weekend during the screening.

This week, the World Bank and the Organization for Economic Cooperation and Development downgraded their 2022 growth estimates for China to 4.3% and 4.4%, respectively, citing lockdown measures and a global economy that has been shaken by the war in Ukraine, Nikkei Asia reports.