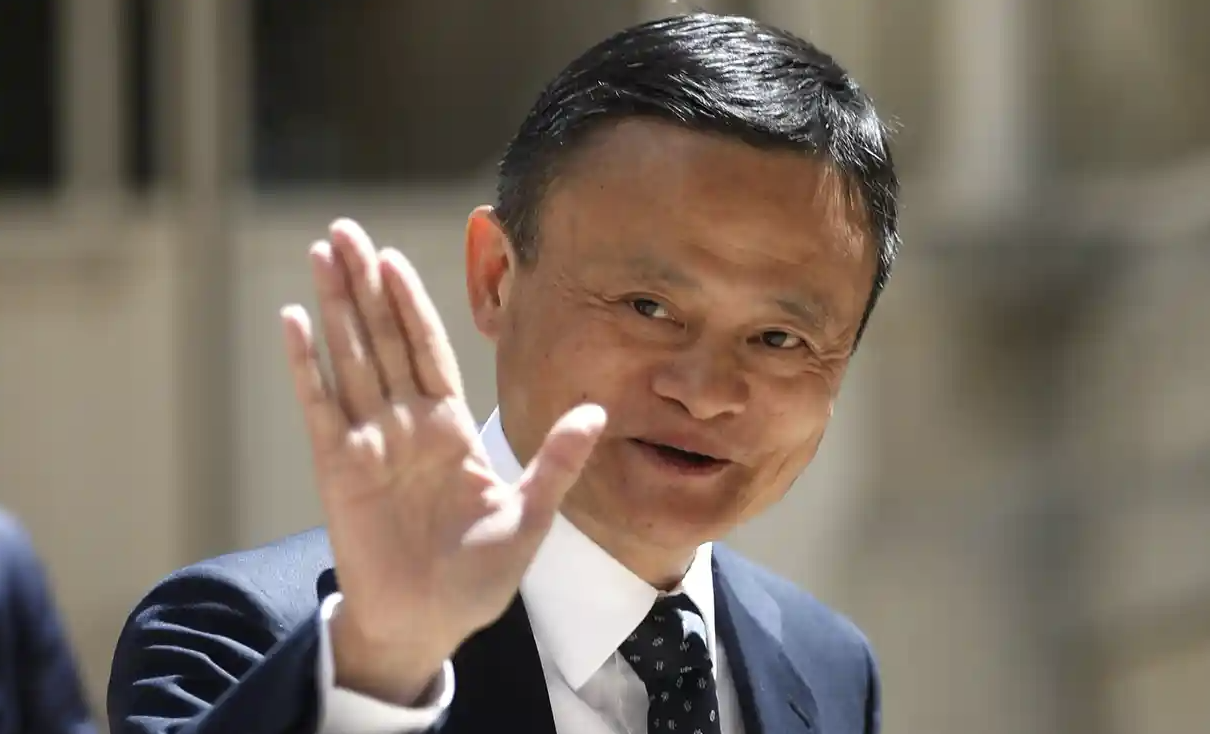 Back
The Chinese billionaire Jack Ma has made his first public appearance since Beijing began a crackdown on his business empire.
Ma, a celebrity businessman and one of the richest people in China, had not spoken publicly since regulators blocked the flotation of Ant Group, the financial payment company he controls. His absence had fuelled speculation that he may have fled China.
On Wednesday, Ma, a former English teacher, participated in an online ceremony for 100 rural teachers and was shown in a video touring a primary school in his home town of Hangzhou.
According to a report by the Tianmu News, a news service run by the official Zhejiang Daily Group, Ma said in the video: “My colleagues and I have been studying and thinking, and we have become more determined to devote ourselves to education and public welfare.
“Working hard for rural revitalisation and common prosperity is the responsibility for our generation of businessmen.”
It was Ma’s first public appearance since 24 October, when he accused China’s financial regulators and state-owned banks of operating a “pawnshop” mentality at a high-profile summit in Shanghai. That set him on a collision course with officials and led to the suspension of a $37bn (£27bn) initial public offering (IPO) for Ant Group, which is an affiliate of Ma’s e-commerce giant Alibaba.
Authorities in Beijing also ordered an investigation into allegations of “monopolistic practices” at Alibaba and later ordered Ant Group to scale back its operations.
Shares in Alibaba, that had tumbled after the Chinese regulators’ actions, rose by 8.5% on Wednesday on the back of reports of Ma’s reappearance. Ant Group confirmed the authenticity of the video, but declined to comment further.
Steven Leung, the sales director at the brokerage firm UOB Kay Hian in Hong Kong, said: “Jack Ma’s reappearance has given investors peace of mind after a lot of rumours, allowing them to pile into the stock which had been a laggard in the market.”
Brock Silvers, a managing director at the private equity fund Kaiyuan Capital in Hong Kong, said: “Jack Ma’s unexpected reemergence, just as sudden as his earlier disappearance, is likely a sign that his relationship with Beijing’s regulatory authorities has stabilised.”
Speculation about the 56-year-old’s whereabouts had escalated in recent weeks when he was abruptly replaced as a judge on TV talent show Africa’s Business Heroes, and he was cut out of promotional videos for the programme.
Ma, previously China’s richest person, has seen his fortune drop from an estimated $61bn before his October speech to about $53bn, according to Bloomberg’s billionaires index.
The wealthiest person in China is Pony Ma (no relation), the chair and chief executive officer of rival tech firm Tencent.
On Christmas Eve, China’s state market supervision administration said it had ordered an investigation into Alibaba Group Holdings Ltd over “suspected monopolistic practices”.
An editorial in the state mouthpiece People’s Daily said efforts to prevent monopoly and anti-competitive practices were “requirements for improving the socialist market economy system and promoting high-quality development.
“This investigation does not mean that the country’s attitude towards the encouragement and support of the platform economy has changed.”
Analysts and policy experts said Beijing’s action against Ma’s companies was likely to have been sparked by the speech he gave to the Bund summit in Shanghai on 24 October, during which he criticised overbearing regulation and the state dominance of banking.
“We shouldn’t use the way to manage a train station to regulate an airport,” Ma said, according to a transcript. “We cannot regulate the future with yesterday’s means.”
“It is impossible for the pawnshop mentality to support the financial demand of global development over the next 30 years,” said Ma, who started Alibaba in a one-bedroom flat in China 21 years ago. “We must leverage our technological capabilities today and build a credit system based on big data, to get rid of the pawnshop mentality.”
Ma was speaking alongside senior officials such as Wang Qishan, a former security tsar and the Chinese leader Xi Jinping’s right-hand man; Yi Gang, the governor of China’s central bank; and Zou Jiayi, a vice-minister at the ministry of finance. Ma’s comments went viral on Chinese social media and were seen as a direct attack on government officials.
Source: The Guardian
Jack Ma