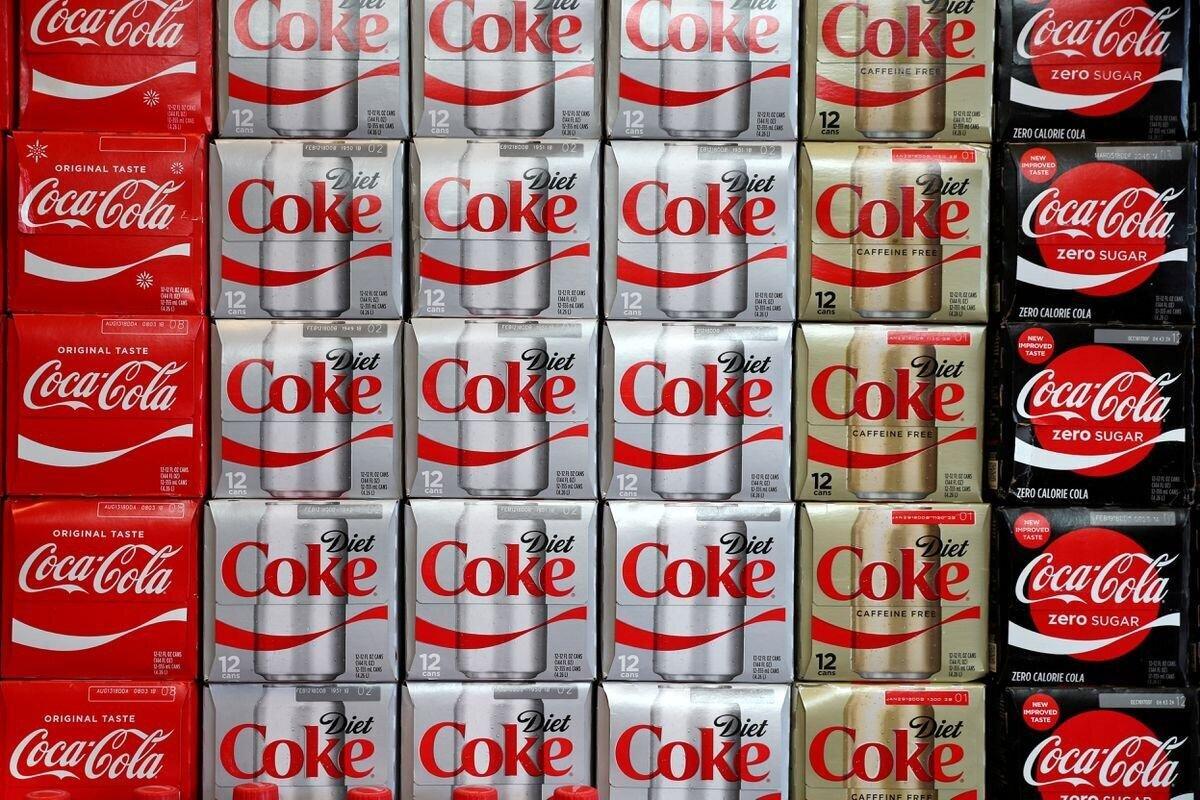 Back
Coca-Cola Co (KO.N) said on Friday it would discontinue its energy drink in North America, a product it launched with flare last year as it pushed into new beverage categories.
The decision comes as a part of the company's move to streamline products and focus on its fast-moving beverages as consumers pick up more of its traditional sodas and flavored sparkling waters as they come out of the pandemic.
"Our strategy is focused on scaling big bets across a streamlined portfolio ... As we scale our best innovations quickly and effectively like AHA and Coca-Cola with Coffee, we need to be disciplined with those that don't get the traction required for further investment," a company spokeswoman said.
Coca-Cola Energy will remain on shelves in other parts of the world, the company said.
Coca-Cola still holds a majority stake in Monster Beverage Corp (MNST.O), one of the top energy drink makers in the United States.

Rival PepsiCo (PEP.O), in the meantime, has ramped up its presence in the category with the purchase of Rockstar Energy, launch of fruity flavors of Mountain Dew and a new version targeting morning consumers.
On Thursday, PepsiCo unveiled an advertisement to promote its new drink Mtn Dew Rise Energy featuring NBA star LeBron James, a former Coca-Cola endorser for nearly two decades.
Coke Energy, made with guarana extracts and B-vitamins, was launched in the United States early last year in different flavors, packed in a sleep case to attract its young clientele. It had a higher caffeine dose and cost more than a regular can of soda.
Chief Executive Officer James Quincey has earlier said the company is focused on actively transitioning brands to more "powerful" trademarks using a phased approach and is maximizing shelf space with new product launches to drive growth.
Coca-Cola energy drink Coke Energy