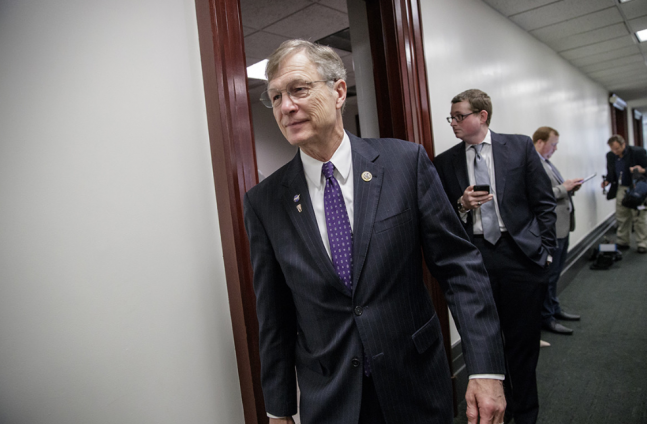 On January 23, a member of the U.S. Congress, Brian Babin wrote a letter to Georgian Prime Minister Giorgi Gakharia “because of delayed reforms and a declining climate for U.S. investment in Georgia.” Congressman Babin said he is writing to “add my voice to increasing concerns regarding Georgia’s continued backsliding from democratic values and the associated deterioration of its economic prosperity.”

“With this in mind, I join with my colleagues in Congress who represent the Georgia Caucus, Chairman Adam Kinzinger and Chairman Gerry Connolly, in their recent letter to you of December 13, 2019 that highlighted concern over the decision to forego promised democratic reforms, as well as reports of violence against associated peaceful protests,” Congressman Babin said, further noting that he shares the message conveyed by Congressman Markwayne Mullin’s recent letter to PM Gakharia. 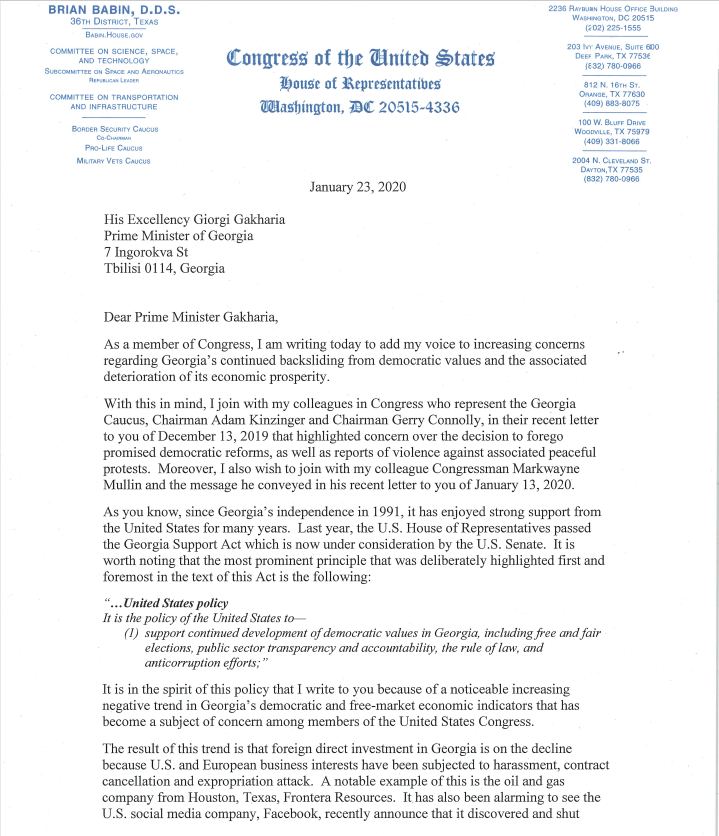 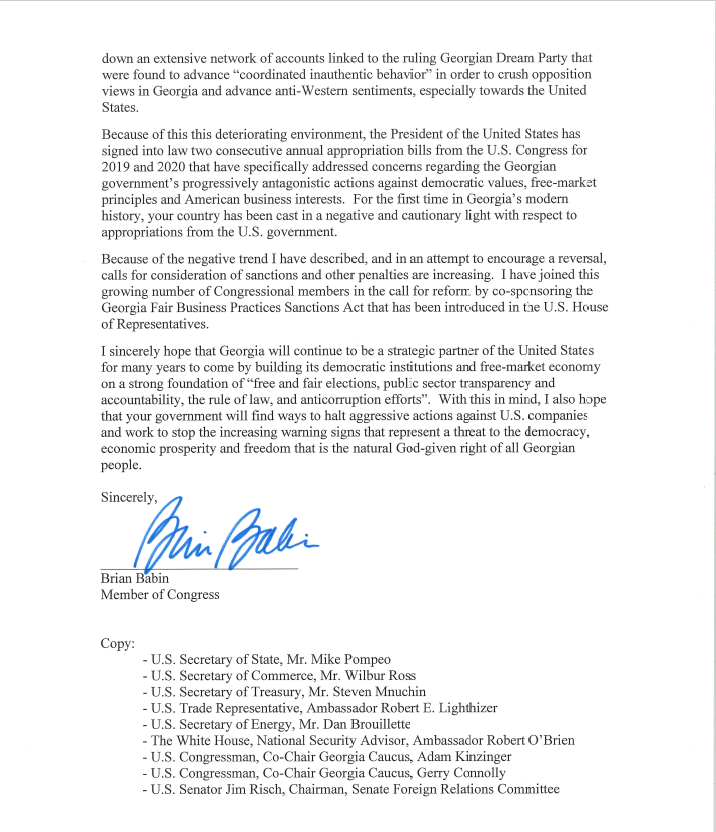