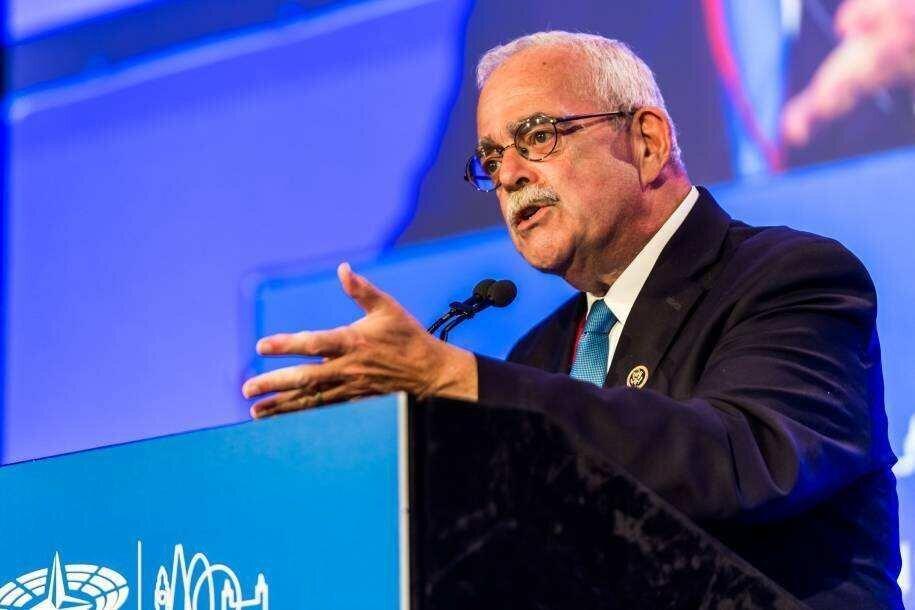 Back
US Congressman Gerald E. Connolly vowed on Monday to champion NATO values at a critical moment in the Alliance’s history as he was named President of the NATO Parliamentary Assembly (NATO PA) for the next year.
Connolly, head of the US delegation to the Assembly, was elected by electronic acclamation at the NATO PA’s 66th Annual Session; the first time the organization has ever gathered virtually for an Annual Session due to coronavirus travel restrictions.
Georgian Minister of Foreign Affairs, David Zalkaliani wrote a Twitter post about it.

Connolly’s tenure at the helm comes as the world struggles to cope with the coronavirus pandemic and the security challenges it poses, as well as the rise of China, continued acts of assertiveness by Russia, and new forms of terrorism and hybrid warfare.
“This is a critical moment for the Alliance,” Connolly said, as the 30-nation Alliance may soon revise its priority-setting Strategic Concept.
“We must continue to insist that Allies uphold the founding democratic principles of the North Atlantic Treaty and consider support for democratic institutions as a condition for membership in our Alliance,” he said during the closing Plenary Session.
Connolly pressed NATO members to uphold the Alliance’s values, including “freedom of the press, freedom of assembly, freedom to dissent and politically organize, and an unshakeable commitment to the rule of law.” These, he said, “are the strongest weapon that we possess.”
He also said that having worked with US President-elect Joe Biden, Connolly expects the next leader in the White House to “demonstrate an early and consistent commitment to the Alliance.”
Connolly takes over from Hungarian legislator Attila Mesterhazy - a Hungarian legislator who became Acting Assembly President in December before being confirmed President in May - who said Connolly will be “a bridge for strengthening the transatlantic bond.”
The Assembly also elected five Vice-Presidents on Monday: Mimi Kodheli from Albania, Karen McCrimmon from Canada, Joëlle Garriaud-Maylam of France, Marietta Giannakou from Greece, and Hungary’s Mesterhazy, who also served as Vice-President in 2019.
NATO David Zalkaliani MFA E. Connolly