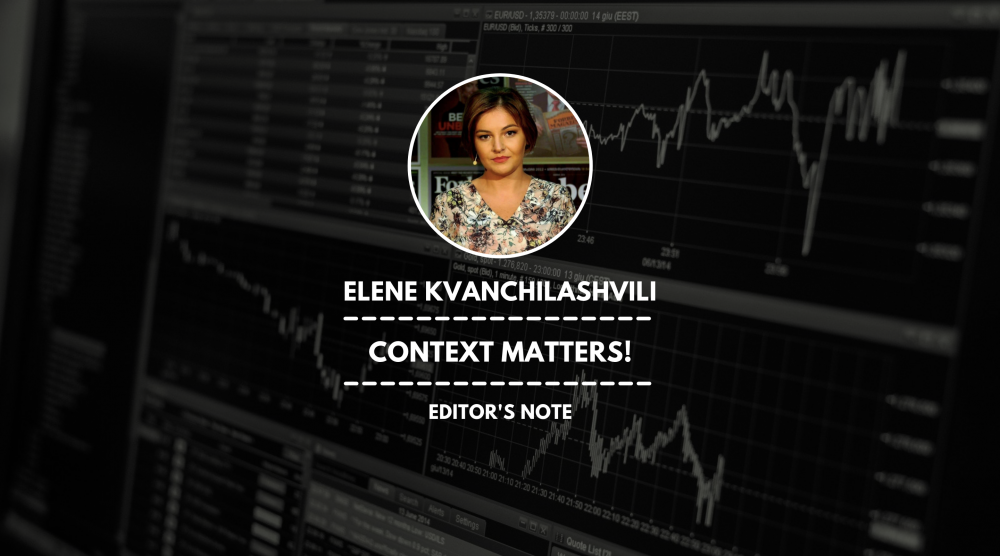 Back
Author:Elene Kvanchilashvili
Prime Minister Irakli Gharibashvili’s phrase – ‘Georgia’s economic recovery has reached the boiling point’ – has been the most famous phrase of the last month in social media; both, mocked and analyzed with the same ardent passion.
"Look at the neighboring countries and the trends in the region - there is no such growth in many places. Growth in our country is truly unprecedented. Economic growth and economic recovery has reached the boiling point. I would like to remind our people that as a result of the right steps we have taken, the economy of the country is recovering rapidly. We had a 45% growth in April, 25% in May and 18.7% in June. This of course is very good news for us. The 6-month growth rate reached 12.8%. This is an unprecedented growth in the economy what we had in 6 months"- Irakli Gharibashvili said in early August.

Figures stand by PM Gharibashvili; the context stands against him.
Let us take a look.
ECONOMIC GROWTH
Till this day only rapid estimates of economic growth are available for us to assess. According to Geostat, GDP growth rate in July 2021 equaled 9.9% YoY and 12.2% in January-July, 2021. In July, VAT payers’ turnover used in rapid estimates of economic growth grew by 26.5%. This indicator is often used to evaluate the country’s business activity and after almost total lockdown in 2020 due to the pandemic, the business activity surely has picked up. Export-import numbers tell the same story: In January-July 2021, YoY growth in exports was 27.8%, while imports grew by 19.3%.
Both, IMF and World Bank have used these rapid estimates to update their outlooks on the economic growth in Georgia.
As of 19 July 2021, the International Monetary Fund (IMF) increased Georgia’s economic growth forecast to 7.7% up from 3.5%. According to the IMF’s latest assessments, the world economy will grow by 6% in 2021. This means Georgia’s economic growth rate might outperform the global growth by 1.7 percentage points.
According to the World Bank’s June forecasts, Georgia’s economic growth rate for 2021 will be 6%. At the same time, WB says, the world economy will grow by 5.6% in 2021. This means Georgia’s economic growth rate forecast is 0.4 percentage point higher than that of the world. If we look at the group of Eastern Europe and Central Asia, where the World Bank places Georgia, the expected economic growth here is 3.9%. This means Georgia’s economic growth rate might outperform the regional growth by 2.1 percentage points.
So, yes, figures stand by PM Gharibashvili.
Unless, we forget two main points: base effect and inflation.
BASE EFFECT
In this section, factcheck.ge has already done all the work for me. While analyzing PM Gharibashvili’s message - “We are one of the leaders in the whole world in terms of the economic growth rate” – the group of fact checkers looked at the WB data, according to which Georgia is indeed on the leaders list among 147 countries and ranks 13th with its 2021 economic growth rate forecast. What the fact checkers factored in this ranking was the base effect and after this, Georgia suddenly ranked 69th instead of 13th among the same countries of the WB. This is a very interesting turn as it shows that countries that now Georgia outperforms in forecasts, have actually inflicted much milder losses than Georgia has, throughout 2020. In 2020 the prolonged and severe lockdown cost Georgia 6.1% economic decline.
INFLATION
The annual inflation amounts to 12.8% - such is the verdict of Geostat for August 2021. All groups (except communication) posted price increases. The most popular phrase that links inflation and the economic growth for general consumers is that inflation devours economic growth. Government says this is an inaccurate judgment, since GDP growth means real growth which in itself excludes the effect of inflation. However, again, if we do not forget to consider the context which in this case tells us that the highest out-of-pocket payments for consumers generate food (prices up by 16.2%), medicine (prices up by 10.9%) and transport (prices up by 22.5%), we will clearly see that an ordinary citizen has all rights to such judgment, because in the best case scenario this very ordinary citizen has maintained the same salary while prices have skyrocketed.

So, yes, context stands against PM Gharibashvili.
INSTEAD OF POST SCRIPTUM
Unprecedented is a very cautious word to use, because it shows to the rest of the world what type of ambition this country has.
On the one hand, in Georgia, like in the absolute majority of the countries around the world, the main shield for the economic growth during the pandemic was the foreign financial support and most probably, this status-quo will hardly change till the post-pandemic period finally comes. On the other hand, without improving Georgia’s business climate and increasing its international appeal, it will be impossible to sustain the economy.
And, where do we stand now?

The volume of remittances to Georgia in 7M21 is 2.5 times larger than the FDI for the full 2020. Higher dependency on such transfers than in Georgia can only be found among some of the poorest developing and post-Soviet countries.