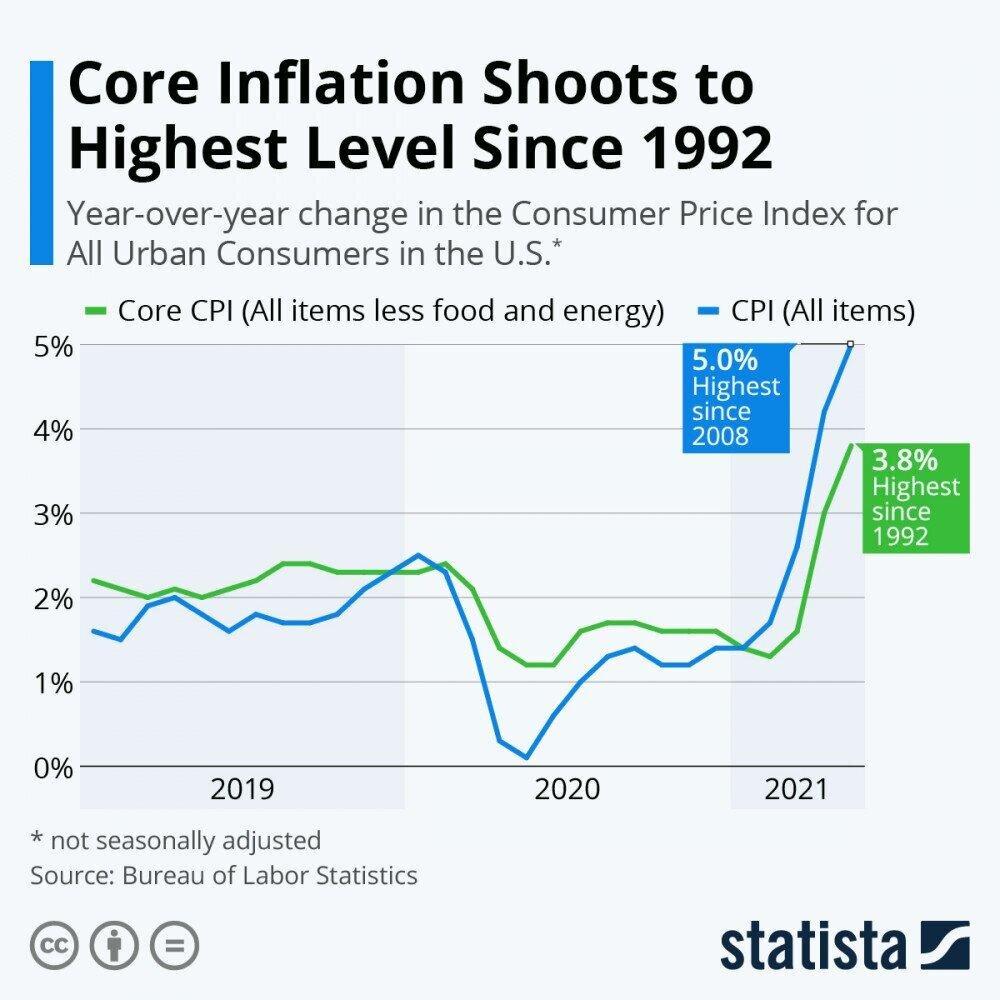 Back
The Consumer Price Index for All Urban Consumers (CPI-U), a closely watched measure of inflation in the United States, has continued its upward trend in May, with both the broad CPI for all items and the core CPI up significantly on a year-over-year basis.
While the broader CPI was up 5.0 percent compared to a year ago, the core index excluding more volatile food and energy prices surged by 3.8 percent from May 2020 levels.
While the increase in the broad CPI was the highest since August 2008, the core CPI surged at the fastest pace since 1992 due to a combination of monetary and fiscal stimuli as well as a drop of consumer prices in the spring of 2020.
At the onset of the pandemic, prices had taken a dive due to falling consumer spending and a drop in fuel demand before climbing back to pre-pandemic levels over the summer.
Thanks to several rounds of stimulus checks as well as interest rates that have been kept near zero since March 2020, prices have picked up noticeably in 2021, peaking in the latest reading.
While the Fed uses a different measure, the Personal Consumption Expenditures Price Index which typically runs slightly below the CPI, to define and check its inflation target of 2 percent, it looks increasingly likely that the Federal Open Market Committee could decide to hike rates for the first time since the onset of the pandemic at its scheduled meeting next week.
While the FOMC announced that it would aim for "inflation moderately above 2 percent for some time" to achieve a long-term average of 2 percent following its last meeting in April, the latest spike might be enough for the committee to take action.
inflation Global Economy CPI energy prices Food prices FOMC