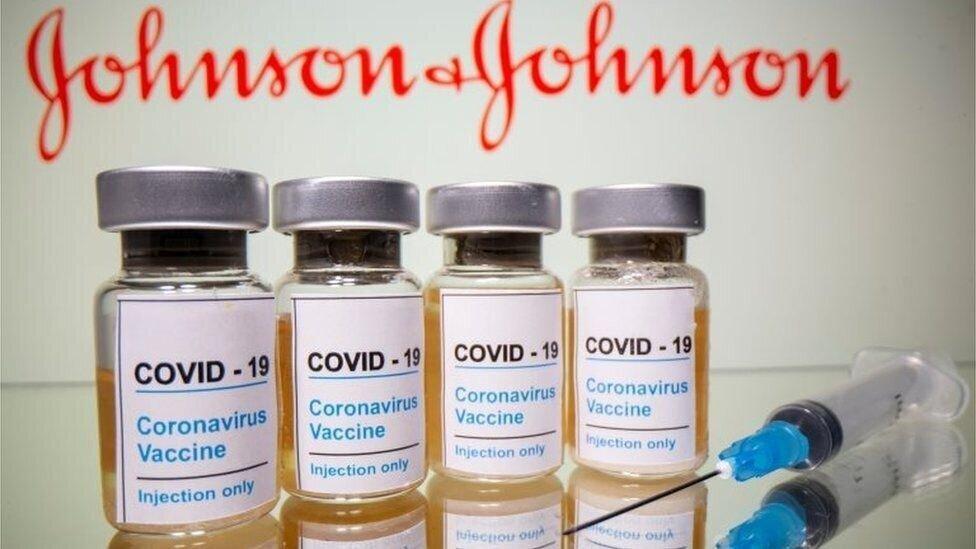 Back
US health authorities are calling for a pause in the use of the Johnson & Johnson Covid-19 vaccine, after reports of extremely rare blood clotting cases.
The Food and Drug Administration (FDA) said it was acting "out of an abundance of caution".
It said six cases of severe blood clotting had been detected in more than 6.8 million doses of the vaccine.
The recommendation follows similar rare cases in the AstraZeneca vaccine, which has prompted some curbs in its use.
In a series of tweets, the FDA said it and the Centers for Disease Control and Prevention (CDC) were reviewing "six reported US cases of a rare & severe type of blood clot in individuals after receiving the vaccine. Right now, these adverse events appear to be extremely rare".
"We are recommending a pause in the use of this vaccine out of an abundance of caution," it said.
This was to "ensure that the health care provider community is aware of the potential for these adverse events".
A joint statement from the FDA and CDC clarified that the blood clotting was cerebral venous sinus thrombosis (CVST).
It said that this type of blood clot needed a different treatment than usual.
The common treatment - an anticoagulant drug called heparin - "may be dangerous", it said and an alternative was required.
All six cases were in women aged between 18 and 48, with symptoms six to 13 days after vaccination.
The New York Times quoted officials as saying one woman had died and a second, in Nebraska, was in a critical condition.
Source: BBC