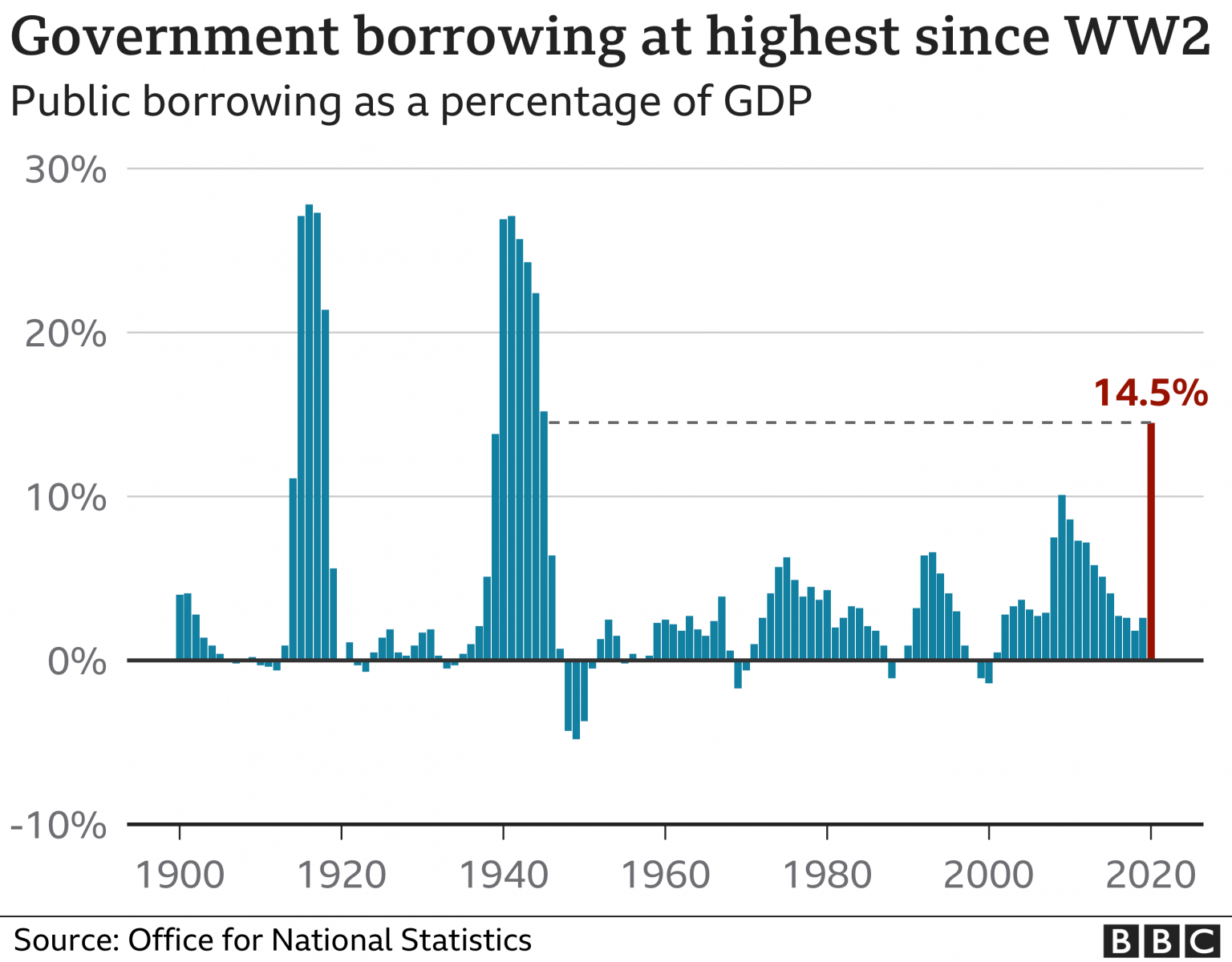 Back
The cost of measures to support the economy during the coronavirus pandemic has pushed government borrowing to the highest level since the end of World War Two.
Government borrowing - the difference between spending and tax income - hit £303.1bn in the year to March, the Office for National Statistics said.
Compared to the previous year, borrowing is nearly £250bn higher.
Measures such as furlough payments have hit government finances hard.

Borrowing hit £28bn in March alone - a record high for that month.
Despite the record figure, Paul Johnson, director of the Institute for Fiscal Studies, told the BBC's Today programme the annual borrowing figure was "slightly better than expected a month ago".
But, he added: "The big story in a sense is they [the borrowing figures] are £250bn more than a year ago.
"And that, of course, is because of to some extent the recession of the last year but mostly because of the huge amount of additional government spending to support the economy over the last year."
Measures to support individuals and businesses during the pandemic contributed to a £203.2bn, or 27.5%, increase in central government day-to-day spending in the year to March, the ONS said.
Meanwhile, tax and National Insurance receipts fell by £34.9bn, down 5% compared with the previous 12 months.
The ONS also said public borrowing as a percentage of GDP, or national output rose, to 14.5% - also the highest since the end of the second world war when it reached 15.2% in 1946.
The huge amount of borrowing over the past year has now pushed public sector net debt up to £2.142 trillion, which is 97.7% of GDP - a rate not seen since the early 1960s.
Source: BBC
Global Economy