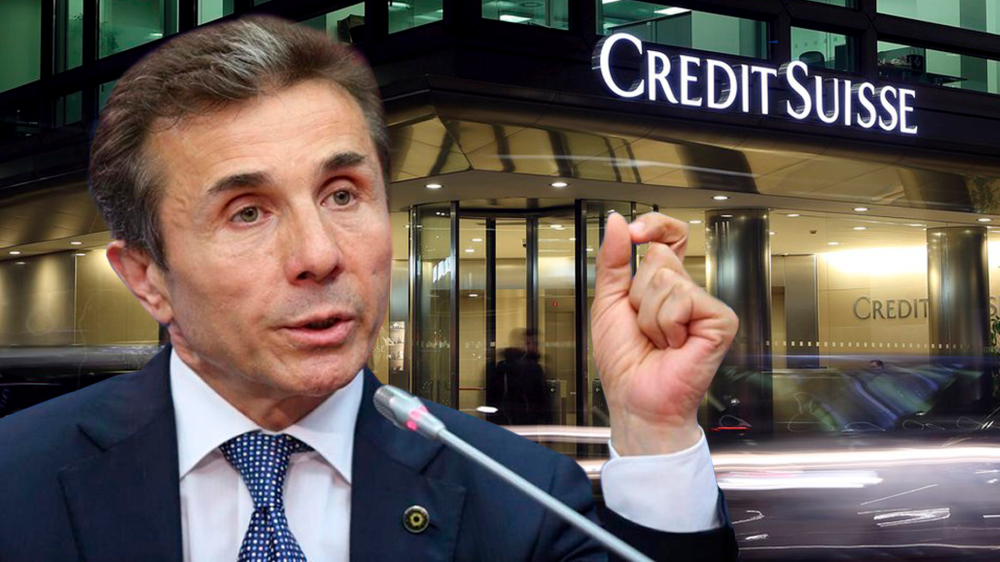 The Swiss bank Credit Suisse clarifies the statement made by Bidzina Ivanishvili to BMG. According to the bank, Ivanishvili's statement that the bank is exerting "political pressure" on him is completely groundless.

In addition, the bank notes that they have appealed the decision of the Bermuda Court, which imposed a compensation of more than USD 500 million in favor of Ivanishvili.

"Any allegation that Credit Suisse is exerting “political pressure” is completely unfounded.

There were no delays - please read our statement regarding the verdict passed by the Bermuda Court. The verdict is not final because we have appealed against it," the bank said in a written response.

A few days ago, the PR agency hired by Bidzina Ivanishvili made a statement, according to which Credit Suisse delayed bank transfers to its trust. The statement said that Ivanishvili had sued the bank for discrimination and political pressure.