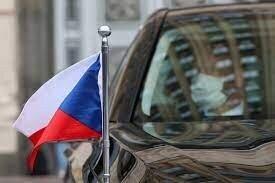 Fiala said the government would also call home its ambassadors to Russia and Belarus for consultations.