David Oniani: GOGC is a top priority for banks like EBRD or for any institutional banks 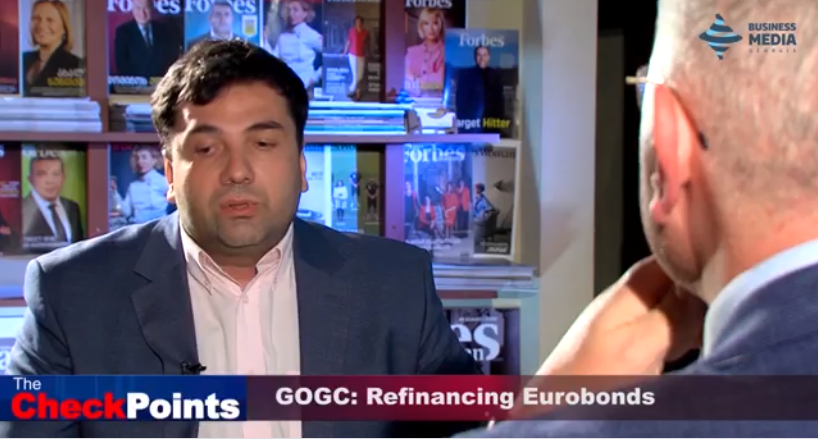 In an interview with BMG, David Oniani, the Advisor to the Director on Financial Affairs at GOGC, discussed the deal's key insights and achievements.

Tell us a bit more about GOGC's relations with EBRD. When did you start? We know the purpose of the deal already but tell us, how will it proceed?

I think Georgian Oil and Gas Corporation is the first name that pops up when we mention infrastructure. It's a top priority for banks like EBRD or for any institutional banks to deal with any country's majors. In our case, we were naturally pleased to be approached by the EBRD. Essential needs that are currently topping the country's agenda, all the infrastructure developments, and in our case, financial developments that would relate to the global financial crisis, all these came to paramount importance not only to international institutional banks but also to the government as well.

EBRD is very much aware of the company as an entity itself, but was the procedure of the deal itself like with other entities?

The whole rationale behind establishing this loan facility with EBRD stems from our actual needs to face off the challenge related to our capital debt, which is outstanding. We're talking about 250 million US dollars currently floating in the stock exchange. These are the Eurobonds that the company issued back in 2016, and they're due to expire in April next year. Naturally, our immediate challenge was to deal with the upcoming maturity of the bonds. Our initial approach was to go back to the markets and roll them over for another five to seven years based on the markets' sentiments. Starting from this year, we established a powerful bank syndicate with the top tier investment banks. We started implementing all the efforts gearing up by the early spring to reach out to markets. However, due to a global financial crisis inflicted equally on everyone because of the pandemic, we were denied entry to the market. Anyone of our size was deprived of market entrance. We had to think fast. Our initial line of thought was to wait and see if the markets would turn favorable to us again and then try later on this year, but we decided to seek other measures proactively. EBRD was the first stop in this case. I should say that the process was much likely record-breaking in terms of timing because it was in three months that we zapped through the due diligence process and all the necessary procedures. We had to do everything remotely and go through these processes during a world pandemic - that posed a challenge. To our benefit and the bank's, we should say that we managed to put together the whole framework in about two, three months.

Could you be more specific about the conditions of the deal? We are very much interested. Are there some additional funds needed?

As I said, the whole rationale was to roll over the Eurobond related liability. This facility is specifically tailored to the needs of refinancing - it matches the exact amount. As for the terms, they are quite favorable and competitive to not only existing market conditions but to the rates that we were originally envisaged, have we had issued back in the window that we were allocated back in the spring. First of all, we're talking about the euro market, its eurozone based credit facility. Therefore, we had to take advantage of the lower rates in the eurozone. Secondly, we are talking about an incredibly flexible facility that is tailored to the company's needs. In fact, it allows us such an extent of flexibility that, should the markets become favorable again in a couple of years, we could easily switch back to the markets. Usually, when you have a long institutional loan, they want you to get locked up with it and live with it. But in this case, we have absolutely no hinders in terms of going back to the market.