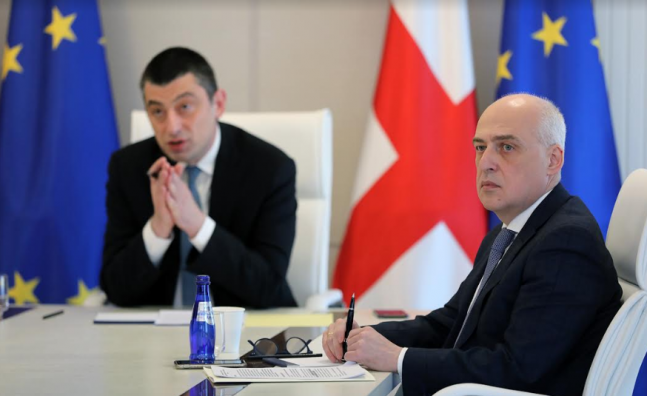 The main topic of discussion concerned the efforts to overcome the global pandemic. The sides shared information concerning planned and implemented measures. The prime minister thanked the European commissioner for the European Union's assistance to Georgia in the fight against the coronavirus, which is a clear manifestation of solidarity. In the context of dealing with the consequences of the pandemic, the sides stressed the need to facilitate economic activity in the country, including by supporting small and medium enterprises. They also noted the importance of providing humanitarian assistance to the residents of Georgia's occupied territories. Giorgi Gakharia stressed the crucial importance of the support of the European Union - one of the largest donors to Georgia.

The need for greater financial or technical assistance from the European Union in the process of implementing reforms, particularly in light of the economic challenges emerging due to COVID-19, was also noted.

Relevant issues pertaining to Georgia-EU relations were also discussed during the conversation. Giorgi Gakharia confirmed that Georgia remains a reliable partner of the European Union in the region and that the achievements stemming from Georgia-EU cooperation pave the way for future success on the country's path toward European integration. The sides discussed the upcoming Eastern Partnership summit, during which a new vision for the partnership will be presented. The prime minister noted that Georgia remains an active member of the partnership and expressed hope that the current global situation will make it possible to hold the summit, during which agreement will be reached on new initiatives concerning moving the relations between the European Union and interested partner countries to a new stage.

The video conference was attended by Foreign Affairs Minister Davit Zalkaliani and Finance Minister Ivane Machavariani from the Georgian side and Deputy Director-General for Neighborhood Policy and Enlargement Negotiations Katarina Mathernova and EU Ambassador to Georgia Carl Hartzell from the EU side.