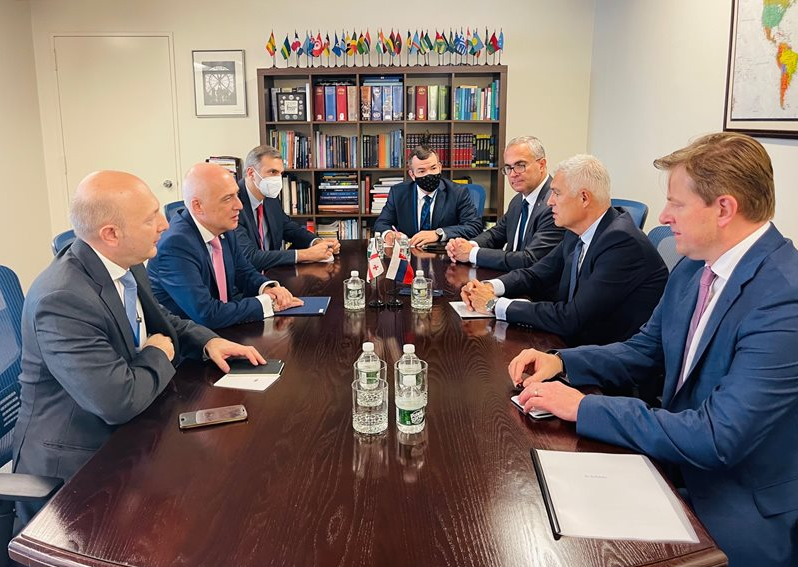 The sides welcomed the traditionally close and friendly relations between the two countries. The Ministers also stressed the need to continue the bilateral dialogue and exchange high-level visits. The importance of the format of bilateral consultations between the Ministries of Foreign Affairs was also highlighted.

The conversation focused on the importance of deepening sectoral cooperation, including in the areas of trade, economic and tourism.

The sides also discussed the current situation in the occupied regions of Georgia. David Zalkaliani expressed his sincere gratitude to Slovakia for its support of Georgia's sovereignty and territorial integrity.

The Ministers also exchanged information on future plans for Georgian-Slovak cooperation. David Zalkaliani said that he is looking forward to the visit of the Minister of Foreign and European Affairs of the Slovak Republic Ivan Korčok to Georgia, which is planned in the near future.

The Prime Minister of Georgia paid a visit to New York On 20-25 September. Irakli Gharibashvili will deliver a speech at the 76th session of the UN General Assembly. The Georgian delegation includes the Vice Prime Minister/Minister of Foreign Affairs, David Zalkaliani, the Minister of Education and Science, Mikheil Chkhenkeli and the Head of the Government Administration, Ilia Darchiashvili.