Demand-side indicators in China have lagged, with retail sales down 7.3% in April 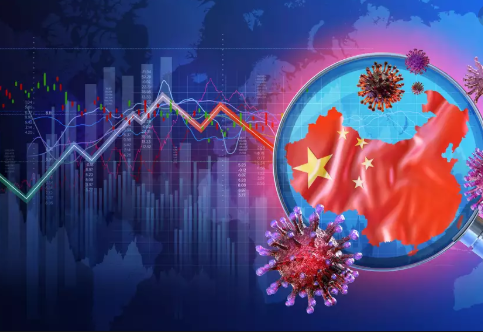 In a week when the S&P 500 came under selling pressure, mainland A-shares were able to hold steady until midweek, before weakening on renewed anti-China threats from U.S. President Trump. The CSI 300 large-cap index closed the week 1.3% lower, while the Shanghai Composite lost 0.9%. Stocks were supported over the week by better-than-expected April economic and credit data and by promises of more fiscal stimulus from Finance Minister Liu Kun.

In the bond markets, China continued to attract foreign money, with a 14th consecutive week of flows into central government bonds and a total monthly inflow in April of USD 7.25 billion, partly related to China's inclusion in key international bond indices. Overseas investor appetite for Chinese sovereign bonds should remain firm given a backdrop of monetary easing and falling inflation.

Mainland health authorities warned that life would not return to the way it was before the COVID-19 outbreak, which may not be brought under full control any time soon. All Chinese citizens must, therefore, learn to adapt to a “new normal” in which there would continue to be a need to be able to quickly identify, report, and treat COVID-19 patients across the nation. As the last of the emergency restrictions were unwound, the head of the Center for Disease Control and Prevention said the reopening of public venues remained conditional on no significant reappearance of coronavirus cases.

For the purpose of monitoring COVID-19 via a smartphone app, China's cities and provinces were divided last month into 2,857 districts and counties. Recently, there have been small clusters of new infections in Wuhan in the northern provinces bordering Russia, some involving asymptomatic cases. These small clusters are not expected to pose a significant threat of a new wave, as China's tracking, nucleic testing ability, and quarantine systems appear to be fully up to the task. Of the nine potential vaccines for the coronavirus currently undergoing human trials, five have been developed by mainland companies.

Some monthly economic data releases for April beat the market consensus by a comfortable margin. The hard data show that industrial production continues to lead the way in recovery, with a rise of 3.9% year on year, bolstered by April's stronger-than-expected exports. Additionally, auto sales only fell 5.6% year on year in April after a supply-restricted 40% plunge in March, though industry association data for the first 10 days of May were weak. In contrast, demand-side indicators in China have lagged, with retail sales down 7.3% in April. Infrastructure and property were the pillars supporting fixed asset investment growth of 0.8% in April, while the trend in manufacturing remains negative.

Despite some bright spots, overall economic data in April still pointed to China remaining a “90% economy,” where recovery is gradual and uneven. The gain in April exports appeared due mainly to the recovery of domestic supply capacity and not overseas demand, with sectors such as equipment and machinery jumping the most as the backlog in export orders from the lockdown was filled. After the export order backlog has been cleared, China’s export growth is expected to contract sharply, according to various external trade leading indicators. In the absence of new fiscal stimulus, demand headwinds might prevail, notably from exports, price deflation, and the savage squeeze on enterprise profits, leading some China economists to talk about a W-shaped recovery.

WATCH OUT FOR GROWING SIGNS OF DEFLATION IN CHINA
Both consumer and producer inflation for April were lower than expected at 3.3% (consensus: 3.7%) and -3.1% (consensus: -2.5%), respectively. With weak aggregate demand, a plunge in oil prices, and falling food price inflation as the price of pork normalizes, many analysts are on the lookout for deflation in the coming months.


INVESTORS AWAIT “MORE POWERFUL” MONETARY AND FISCAL STIMULUS
Credit and money supply growth came in significantly better than expected for the second consecutive month in April. The details were less promising, however, as credit expansion was mostly in short-term loans, including bill financing (up 28%) and corporate bonds (up 19%). Prior to the release of the April credit data, the central bank’s quarterly monetary policy report stated that the People’s Bank of China would introduce “more powerful” policies in response to the unprecedented economic challenges. This was welcomed by markets, as many local investors had begun to question why the monetary and fiscal policy response to the coronavirus outbreak had been so much less forceful in China than in the U.S., Japan, and Europe. China's Finance Minister, Liu Kun, in an article in the People's Daily official newspaper, promised to reveal additional fiscal measures at the upcoming meeting of the National People's Congress.

Banks may finish 2020 with a loss – Koba Gvenetadze

Banks may finish 2020 with a loss – Koba Gvenetadze