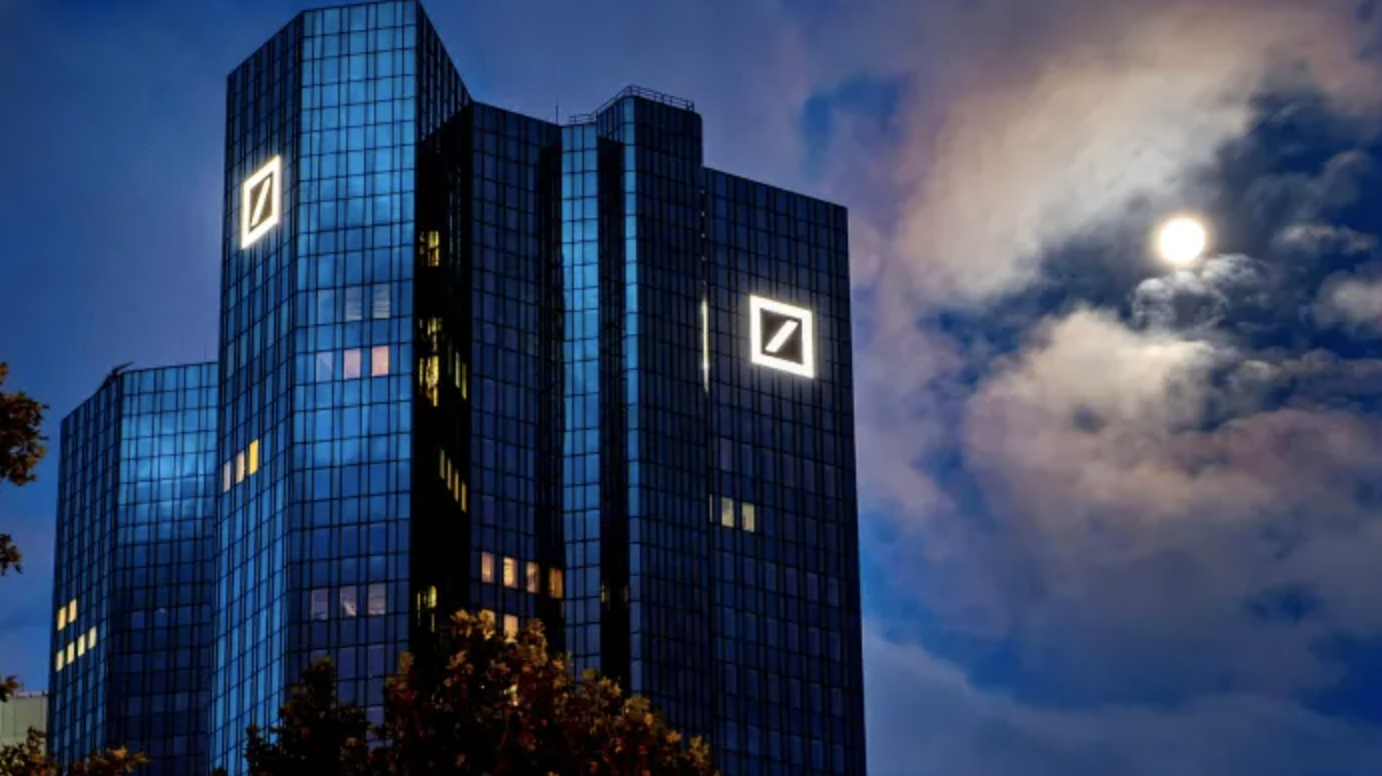 Back
Deutsche Bank has agreed to pay US authorities nearly $125m and entered into a deferred prosecution agreement to resolve allegations that it breached bribery and fraud laws by using a network of business development consultants to funnel kickbacks to clients.
Friday’s settlements with the Department of Justice and the Securities and Exchange Commission also included about $7.5m of penalties for using false orders to manipulate precious metals pricing, though some $5.6m of this was offset against a 2018 settlement with the Commodity Futures Trading Commission, which has oversight over the US futures and swaps markets.
The bulk of the new outlay is to the DoJ, which will be paid about $80m to settle one count of breaching the Foreign Corrupt Practices Act and a second count of conspiracy to commit fraud for Deutsche’s activities in countries including Saudi Arabia. The deferred prosecution agreement means that Deutsche will not face criminal prosecution, but could in the future if it does not comply with provisions including improving its compliance procedures. The agreement is also void if Deutsche commits a felony in the next three years.
The German bank is paying a further $43.3m to the Securities and Exchange Commission over its business practices in China, a federal court in New York was told in a virtual sitting on Friday morning. “We take responsibility for these past actions, which took place between 2008 and 2017,” Deutsche said in a statement. “Our thorough internal investigations, and full co-operation with the DOJ and SEC investigations of these matters, reflect our transparency and determination to put these matters firmly in the past.” In court documents, the DoJ alleged that Deutsche made widespread use of business development consultants to woo clients across the world.
These consultancy agreements were used for illicit purposes including “falsely concealing bribes paid to a client’s decision maker in Saudi Arabia to retain that client’s business by recording the payments as ‘referral fees’ paid to a BDC”, the DoJ alleged. The BDCs were also used for “falsely concealing millions of dollars of payments made to an intermediary acting as a proxy for a foreign official in Abu Dhabi by recording the payments as ‘consultancy’ payments to a BDC”, according to the DoJ documents.
In one case, it alleged that at least four Deutsche managing directors knew that paying fees through a BDC was a requirement to win an Abu Dhabi mandate and that the engagement of the BDC was approved by Deutsche’s risk assessment committee despite multiple potential conflicts, including the fact that a related party was also “pressuring Deutsche Bank to finance a yacht”.
The DoJ further alleged that Deutsche failed to act on internal reviews flagging “risk indicators” related to its payments to BDCs. “Deutsche Bank engaged in a criminal scheme to conceal payments to so-called consultants worldwide who served as conduits for bribes to foreign officials and others so that they could unfairly obtain and retain lucrative business projects,” said Seth DuCharme, acting US attorney.
“This office will continue to hold responsible financial institutions that operate in the United States and engage in practices to facilitate criminal activity in order to increase their bottom line.” News of the settlement came just days before the bank’s most prominent client, US president Donald Trump, leaves office.
“We believe that resolving [the case] at this time rather than waiting until we’re able to do it in person would be in the interests of justice including the interest of the victims,” Alexandra Smith for the DoJ told the court, adding that these were “long-running investigations involving conduct that stretches back many years”. Last year, the Financial Times reported that Deutsche in 2010 and 2011 paid $1.1m to secure the wealth management business of a senior Saudi royal and handed out other perks to the relatives of the financial adviser, including an internship and a seminar at a Swiss ski resort.
An internal probe into the case resulted in two former staff being reported to prosecutors, and several senior employees left the bank. Deutsche and other banks have also been previously sanctioned for breaching US bribery rules by hiring relatives of government officials in order to win business in certain countries and providing staff at key clients with questionable perks.
Source: FT
Deutsche Bank