Deutsche Bank Won’t Do Any More Business With Trump 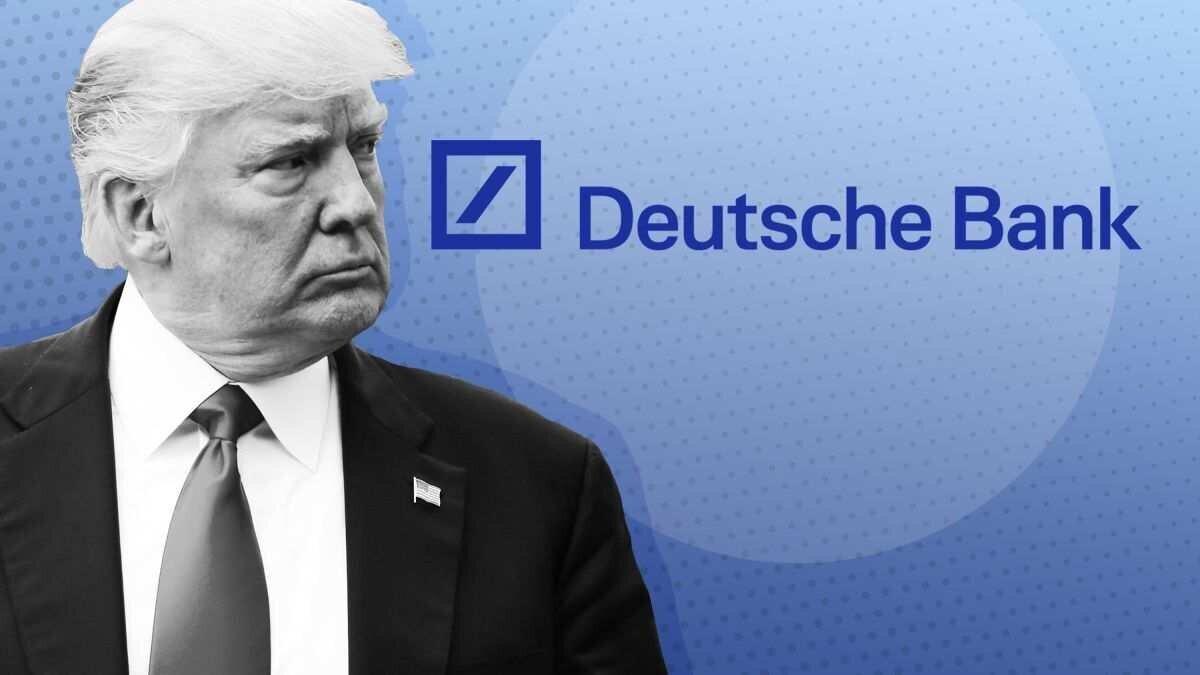 Back
London (CNN Business) Deutsche Bank will no longer do business with President Donald Trump, a move that will cut off his business from a major source of loans that once helped fund his golf courses and hotels.
Germany's biggest bank has decided to refrain from future business with the president and his company, a person familiar with the bank's thinking told CNN Business. The news, first reported by the New York Times, follows last week's deadly riot at the US Capitol.
A spokesperson for Deutsche Bank (DB) declined to comment to CNN Business, citing a prohibition on discussing potential client relationships.
The move is the latest example of corporate backlash against the president after his supporters vandalized the Capitol in a brazen assault that left five people dead.
On Monday, Signature Bank said it had started closing Trump's personal accounts and called for the president to resign. The US bank also said it "will not do business in the future with any members of Congress who voted to disregard the Electoral College."
Trump has a checking account at Signature Bank, according to a 2019 financial disclosure filed with the US Office of Government Ethics. A revocable trust in the president's name also has a money market account at Signature Bank, according to the filing.
Trump also has ties to other major banks. The president held between $5 million and $25 million in checking-and-savings accounts at Capital One (COF) and between $500,000 and $1 million in accounts at JPMorgan Chase (JPM), according to the disclosure form.
Trump also listed up to $250,000 in a money market account at Bank United.
JPMorgan declined to comment. A Capital One spokesperson said the bank does not discuss current or former customer relationships. Bank United did not respond to a request for comment.
Trump's disclosure forms indicated he held up to $50,000 in a First Republic (FRC) checking account. However, a spokesman for First Republic told CNN Business that single Trump account was inactive and is now closed. The bank declined to say when the account was closed.
The loss of future business with Deutsche Bank is potentially a much bigger blow. The Trump Organization owes Deutsche Bank approximately $340 million in the coming years, the person familiar with the bank's thinking said.
There was no request from Trump for Deutsche Bank to lend more money, the person said.
Lending by Deutsche Bank to Trump and his companies totals more than $2.5 billion, the New York Times reported in 2019.
Trump has several outstanding loans with Deutsche Bank, according to the president's financial disclosure documents. The president has borrowed tens of millions of dollars for Trump National Doral, his golf resort in south Florida. Deutsche Bank has also provided loans for the Trump International Hotel and Tower in Chicago and the Trump International Hotel in Washington, which opened in 2016.
It's not clear how Deutsche Bank will handle the loans once Trump has left the White House, especially with the hotel and hospitality business in steep decline due to the pandemic. The loans mature in 2023 and 2024.

Late last month, the two private bankers at Deutsche who worked most closely with Trump resigned their positions.
Christiana Riley, Deutsche Bank's top executive in the Americas, condemned the violence at the Capitol in a post last week on LinkedIn.

"Violence has no place in our society and the scenes that we witnessed are a shame on the whole nation," she wrote. "We are proud of our Constitution and stand by those who seek to uphold it to ensure that the will of the people is upheld and a peaceful transition of power takes place."
The Trump Organization is under investigation by the Manhattan District Attorney's office and New York Attorney General and both agencies have subpoenaed the bank about its lending relationship with the company.

Investigators are looking into whether the Trump Organization misled or defrauded the lender by inflating the value of some of its assets, according to court filings.