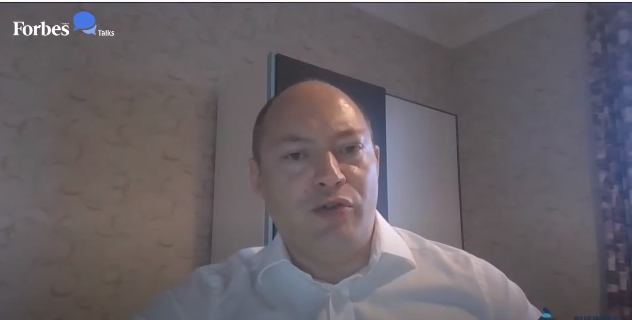 Teymur Taghiyev, Head of Strategy at NEQSOL Holding declares in an interview with Giorgi Isakadze, editor-in chief of Forbes Georgia, that development of digital silk project will play an important role in the growth of Georgian economy. According to Teymur Taghiyev, as a result of implementation of the project, Georgia’s attractiveness in terms investments will be increased as well.

Taghiyev also notes, that if the project is implemented, Georgia will become more attractive for international hyperscalers like Google and Amazon, because the country will act as liaison of the new corridor.

“Talking about the potential benefits of Digital Silkway for Georgia, and the impact of this project on the potential development of digital hub in Georgia – we need to understand the logic. I would reframe the question – is digital hub in Georgia possible without Digital Silkway? In order to establish a digital hub, to bring international hyperscalers like Google, Amazon and others to the region, certain pre-conditions should be met. We need favorable legal environment, legislation meeting international standards and not causing questions from international investors and hyper scalers.

We need a modern national and international connectivity infrastructure and minimum Tier 3 data center. And we need a certain scale – we should understand that Georgia as a market is small, and even Southern Caucasus regions is relatively small.

Caucasus Online has become part of the larger digital corridor project, creating a precondition for the creation of new data centers in Georgia. According to international experts, the establishment of such a center will increase Georgia's digital capabilities, and there is a direct link between the growth of digital capabilities and economic growth.

According to a study by the ITU and PWC, a 10% improvement in the digital index leads to a nearly 1% increase in the size of the country’s gross domestic product. As I remember, the matter concerns to the growth of 0.75 or 0.85 percentage point. At the same time, it will reduce the country's unemployment rate by 1%,” Teymur Taghiyev declares.

To remind, according to the Digital Silk Road project, it is a new corridor of fiber optic infrastructure between Europe and Asia, which will connect the countries of the region with the help of cables on the Black and Caspian seabeds. The main investor of the project is the Azerbaijani NEQSOL Holding.