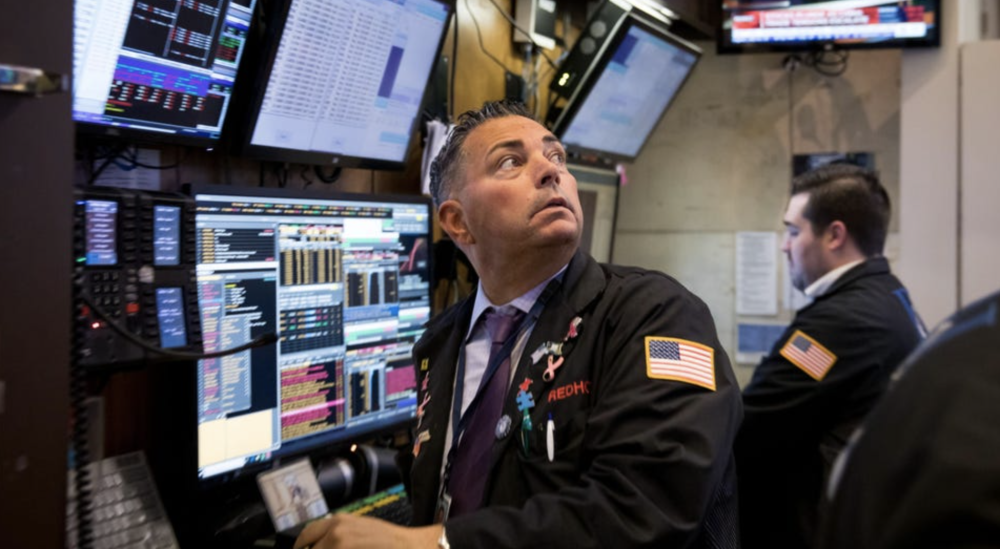 Back
TOPLINE
Stocks tumbled to their lowest level in months Monday after Chinese real estate giant Evergrande warned it’s struggling to raise cash needed to make interest payments this week, sparking a widespread global selloff and fueling concerns of the potentially systemic risks that could arise if the world’s most indebted property developer starts defaulting on its massive $300 billion debt obligations.
KEY FACTS
The Dow Jones Industrial Average plunged 720 points, or 2.1%, to 33,864 by 12:25 a.m. EDT on Monday, tumbling to its lowest level since July 20.
Meanwhile, the S&P 500 and tech-heavy Nasdaq fell 2.1% and 2.6%, respectively, with energy and industrial stocks heading up losses.
“The bad news keeps coming,” LPL Financial Ryan Detrick said in a note Monday about Evergrande’s mounting troubles, pointing out the company suspended trading of its onshore corporate bonds on Sunday after credit analysts warned against investing in them.
The development takes Evergrande “one step closer to restructuring or default,” Detrick adds, noting some analysts are concerned a default could be “the first domino to fall, sparking systemic risk similar to when [investment bank] Lehman Brothers went under 13 years ago,” at the onset of the Great Recession.
Though many Asian markets were closed for holidays, Hong Kong’s Hang Seng Index suffered large losses, dropping 3.3% to its lowest point of the year.
KEY BACKGROUND
Evergrande, China’s second-largest property developer, told banks last week it would be unable to make debt payments due this month, sending its shares tumbling and sparking a sharp drop in the Chinese real estate sector that quickly spread to other industries. With some 1,300 real estate projects in China, Evergrande employs about 200,000 people and says it creates roughly 2 million jobs every year through its projects. Though it posted more than $100 billion in revenue last year, Evergrande has also amassed more than $300 billion in debt to help finance its lofty developments since its founding 15 years ago. Though U.S. stocks were largely unfazed by the turmoil last week, they quickly sank Monday after Bloomberg reported that Evergrande could miss out on an $84 million interest payment due this Thursday.
CONTRA
Despite acknowledging that Evergrande’s liquidity crisis could be “enormous,” Detrick doesn’t believe Evergrande could spark a Lehman-style collapse. Unlike the investment bank, most of Evergrande’s debt is held in equity funds and stocks, as opposed to banks or other important institutions, he notes. Additionally, Detrick thinks the Chinese Communist government would likely step in to avoid a default if necessary, and the company also has assets it can sell off to settle financial obligations.
CRUCIAL QUOTE
“Markets have been priced to perfection for a long time, and in this September lull that seems to be quite seasonal throughout history, markets are dealing with the thing they hate most—uncertainty," wealth advisor David Bahnsen, of California’s The Bahnsen Group, wrote in a Monday email, saying he doesn’t see any systemic risk for the global economy from the Evergrande situation, but adding: “This market has experienced almost no downside volatility for a long time, and a pullback was long overdue.”
Stocks