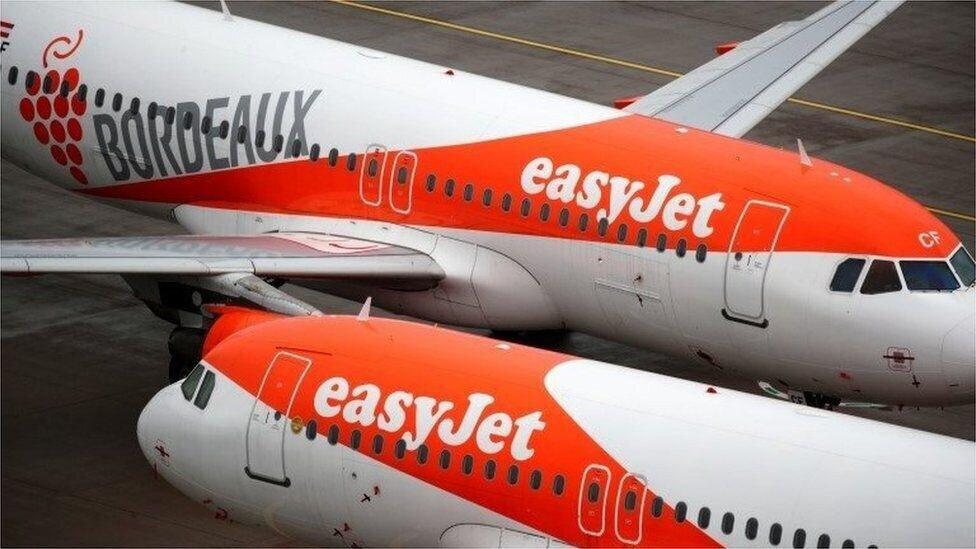 Back
EasyJet has seen "some weakening" in bookings amid concern about the new Covid variant, the airline's boss says.
But Johan Lundgren told the BBC it was too early to assess what the full impact might be, saying: "We need to see how things settle down."
He also said bookings for next summer were largely unaffected, with strong pent-up demand likely to see a return close to pre-pandemic 2019 levels.
The Omicron variant has led to the imposition of new travel rules.
The new strain, which emerged in South Africa, had an immediate impact on the services of long-haul airlines such as British Airways and Virgin Atlantic.
But as the virus spreads there are fears short-haul European airlines such as EasyJet could also be hit.
Mr Lundgren told the BBC's Today programme his airline had not so far seen the same impact on bookings as when previous restrictions were introduced.
He said the customer booking changes had mostly been people moving imminent trips to early next year.
Mr Lundgren said he was supportive of the swift re-introduction of the "red list" crackdown on travel, but "there's a question mark around the blanket PCR testing" for infection.
"It's not obvious to me that if you're travelling in from a country… that doesn't have any reported cases of the Omicron, that you should assume that you should have to take an expensive PCR test," he said.
On Monday, EasyJet said it would extend its fee-free rebooking policy until March 2022.
Mr Lundgren said the airline's restructuring during the collapse in air travel at the height of the pandemic meant it was well placed to handle any further disruption.
The airline, which has cut costs and prioritised the strongest routes, said it had seen an encouraging start to the winter season.
In a financial update on Tuesday, EasyJet reported that revenue booked for the second half of its financial year was ahead of 2019 levels. The airline is increasing its fleet plan by 25 aircraft, with slots added at Gatwick, Porto, Lisbon and Milan's Linate.
However, the carrier still reported a loss before tax of £1.14bn for the year to end-September, up from a £835m loss the year before.
EasyJet Covid19 travel Airlines Omicron