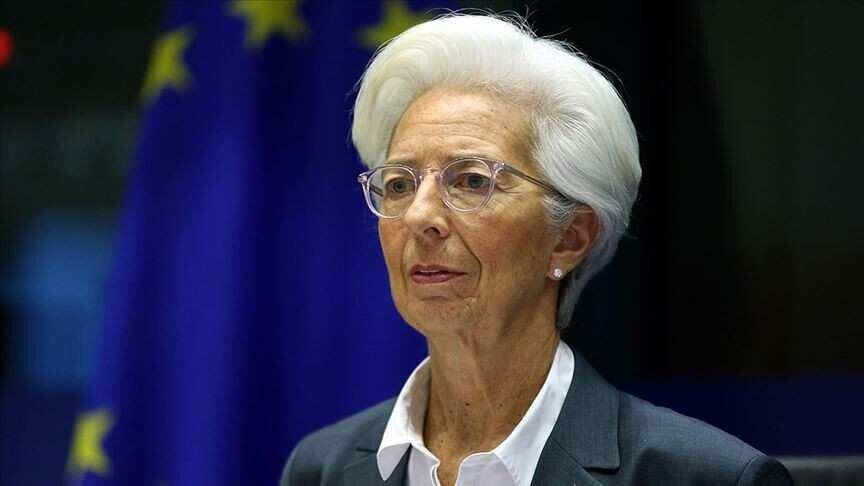 European Central Bank (ECB) President Christine Lagarde stated that the latest data point to the ongoing economic recovery, "The power of the economic recovery is faced with significant uncertainties, as the future development of the epidemic continues to be heavily dependent on the success of containment policies." said.

Lagarde made evaluations at the press conference held in Frankfurt after the Bank's Management Council Meeting in September.

Indicating that domestic demand has recovered significantly in economies, Lagarde said that the latest data indicate the ongoing recovery.

"The strength of economic recovery is faced with significant uncertainty, as the future development of the outbreak continues to be heavily dependent on the success of containment policies," Lagarde said.

Stating that the manufacturing industry continues to recover and the momentum in the service sector has slowed down recently, Lagarde said that uncertainty puts pressure on consumer spending and company investments. "The risks for growth are downside," Lagarde said. said.

"PEPP is an efficient and effective program"

Christine Lagarde stated that the bank's year-end inflation forecast remained unchanged at 0.3 percent, increased from 0.8 percent to 1 percent for 2021, and kept constant at 1.3 percent for 2022.

Lagarde reported that the ECB has lowered its contraction forecast from 8.7 percent to 8 percent this year, while reducing its growth forecast for 2022 from 5.2 percent to 5 percent.

Arguing that the Pandemic Emergency Asset Procurement Program (PEPP) launched by the ECB in March is efficient and effective, Lagarde said, "Under the current circumstances, we foresee that 1 trillion 350 billion euros ... PEPP will be used completely." he spoke.

"We don't have a currency target"

Lagarde stated that the ECB Governing Council is discussing the increase in the value of the euro, they will consider the effect of the euro's appreciation on inflation, and that the ECB is not a currency target.

Lagarde stressed that the ECB's task is to ensure stability, stating that he will not make an assessment of the level of the euro exchange rate upon a question.

Lagarde said that they noted the change in the US Federal Reserve's (Fed) monetary policy strategy and that the ECB could not make an assessment of the outcome of its strategic review.

While the ECB did not make any changes in interest rates in line with the market expectations in the September meeting held today, it kept the PEPP constant at 1 trillion 350 billion Euros.

At its meeting today, the Governing Council left the policy rate at zero, the deposit rate at minus 0.50 percent and the marginal funding rate at 0.25 percent.

Meanwhile, the euro / dollar parity rose above 1.19 for the first time since early September, after the ECB and Lagarde expressed their confidence in the eurozone's economic recovery.