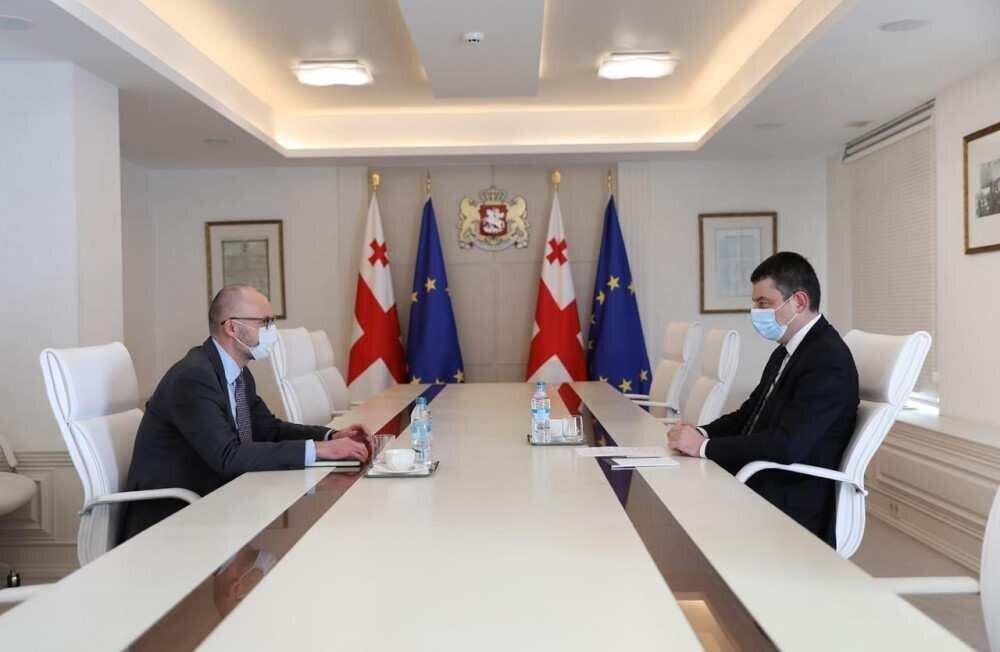 The Prime Minister emphasized the importance of international financial assistance in effectively handling the COVID-19-related economic crisis. He thanked the EIB for actively cooperating with Georgia’s public and private sectors.

The Head of Government singled out Georgia’s ambitious preparation for officially applying for full EU membership in 2024, with support from international development partners being the key in this process.

According to the parties, the EIB is one of Georgia’s largest partners and sponsors per capita. The bank has invested 1.48 billion euro in the governmental sector and a total of 2 billion euro in both state and private sectors, including in far-reaching road, energy, water, and other projects since entering the country.

The conversation revolved around the EIB support in revamping Georgia’s road infrastructure and network, encompassing the construction of the new 14.1-kilometer highway connecting Zemo Osiauri, and Chumateleti and its connectors.

The meeting also pointed out the EIB’s cooperation with a local bank to support innovative businesses, through the InnovFin agreement and the EU4Business initiative. The parties commended the EIB’s program seeking to secure access to financing for micro-entrepreneurs, women, youth, and rural residents, to promote their financial engagement development and long-term economic growth.