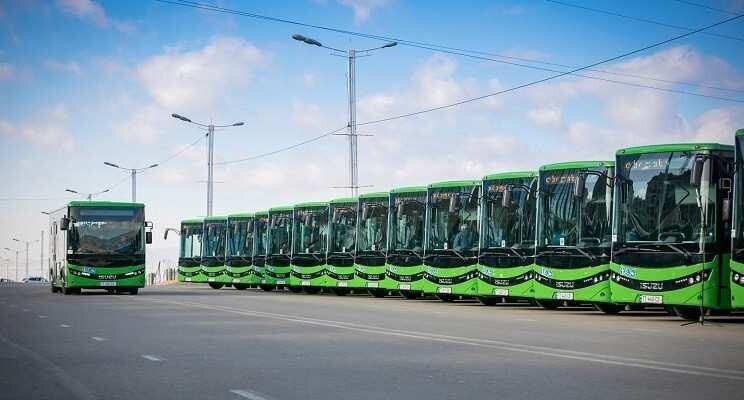 Eight electric buses financed by the European Bank for Reconstruction and Development (EBRD) and the multi-donor Eastern Europe Energy Efficiency and Environment Partnership (E5P) Fund, of which the European Union (EU) is the largest contributor, have arrived in Batumi, Georgia’s second-largest city.

Accordng to EBRD, the new electric buses will improve the service for the city’s residents and visitors by increasing the reliability, safety and efficiency of public transport, while benefiting the environment by reducing emissions. The low-floor buses will facilitate easier access for passengers including those with limited movement, the elderly and disabled, as well as for parents with pushchairs.

“The EU is proud to support the introduction of electric buses to the transport fleet of Batumi. Thanks to a grant provided by the EU via the E5P Fund, passengers in Batumi are the first in the South Caucasus to experience quiet, non-polluting electric buses. Our long-standing assistance for the modernisation of urban transport is at the heart of the EU’s promotion of sustainable green development. Transportation reform plays a key role in reducing air pollution and emissions of harmful greenhouse gasses. Delivery of the buses is linked to a commitment by the Batumi municipality to optimise the city’s public transport and parking system to let the new buses achieve their full efficiency and environmental benefits,” noted the EU Ambassador to Georgia, Carl Hartzell.

The buses are purchased as part of a combined €5.5 million sovereign loan from the EBRD to Georgia to be on-lent to the City of Batumi for the benefit of the Batumi Autotransport LLC, a municipal bus company, and an E5P grant of over GEL 4 million (€1.5 million equivalent) to upgrade the existing bus fleet to ensure improved environmental and operational performance.

“This is an important milestone, the first ever electric bus project supported by the EBRD in all of its countries of operations. It is a truly inspirational project, which we look forward to replicating elsewhere. This project will help to reduce air pollution, while giving the local population and visitors cleaner and safer rides. We hope to do more to improve the environment and the lives of the citizens of Georgia" - said Catarina Bjorlin Hansen, EBRD Regional Director for Caucasus.

The project is part of the EBRD’s Green Cities, which is a programme supporting municipal “green” investments, available across all of the economies where the EBRD invests. As part of the project, the EBRD provided €0.8 million in technical cooperation funds to assist the development of a Green City Action Plan for Batumi, the corporate development and stakeholder participation programmes. The Green City Action Plan was developed with the assistance of international consultants and approved by the Batumi City Council on 16 October 2020.

The EBRD is a leading institutional investor in Georgia. Since the start of its operations in the country, the Bank has invested over €4.11 billion in 258 projects in the financial, corporate, infrastructure and energy sectors, with 80 per cent of these investments in the private sector.