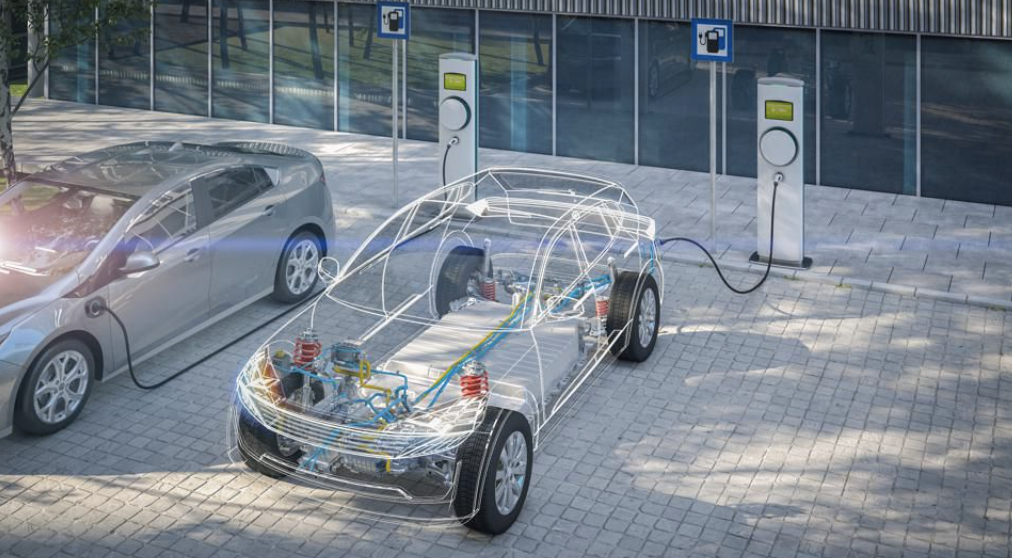 Back
By Rachel A. Meidl
At first glance, the risk of fire in an electric vehicle (EV) may appear to be lower compared to internal combustion engines since EVs do not contain a flammable fuel like gasoline or diesel. However, the assumption that a lithium-ion battery (LIB) powered EV is inherently safer and the risks lower than those of gas-powered cars are based on a limited understanding of battery chemistry and fire science and consider only one segment of an overall complex picture.
It is true that EVs have clear advantages concerning safety, as they do not carry conventional fuels onboard, which are flammable and toxic. Without a combustion engine, the risks of fire and explosion from flammable liquid fuels are thus eliminated. However, it is important to go beyond the obvious and to assess the physical and chemical properties of the LIB battery and how it behaves in a variety of conceivable scenarios.
LIBs - the dominant battery chemistry powering EVs due to their high energy and power densities combined with battery longevity and superior driving range - contain extremely energetic reactive materials and flammable organic electrolytes. This raises a host of safety issues not encountered in conventional vehicles and introduces risks that need to be understood and managed. LIBs have a well-documented history of incidents, including the safety issues in consumer products that led to the recall of the Samsung Galaxy Note 7 cell phones and Hoverboards in 2016.
A LIB cell contains all three parts of the fire triangle—heat/ignition source, oxygen and combustible material—elements required to create the chemical reaction for a fire to ignite. It has a very narrow operating temperature range, and if the cell heats up from quick-charging, overcharging, short-circuiting, or mechanical deformation such as impact or external heating, the lithium ion system is designed to vent gas to prevent a cell explosion. If the temperature were to reach approximately 150°C - 200°C, the battery becomes unstable and can progress into what is known as thermal runaway, a rapid internal temperature increase that continually triggers a variety of decomposition and other associated exothermic, electrochemical reactions. The rates of energy release during this reaction increase with temperature, causing electrolyte leakage, heat generation, rapid gas and smoke formation, cell breach, fire, rapid disassembling and in the worst case, gas explosion as a result of the combustion of the electrolyte and other combustible components after rupture of battery confinement.
Theoretically, the gases represent a much more significant threat than a fire. While the fire itself and the heat generated may present a serious risk in certain conditions, the risks associated with gas and smoke emissions from malfunctioning LIBs may be greater, especially in confined environments and the presence of people, i.e. underground parking structures and facilities, aircrafts, mine shafts, submarines, or in a home equipped with a battery energy storage system. During the runaway reaction, a dangerous gas mixture of highly explosive, flammable, toxic and carcinogenic compounds are released, such as benzene, toluene, acrolein, sulfur dioxide, hydrogen fluoride and other chemicals whose toxicity is not well understood in these conditions or in different contexts for the various chemistries of LIBs. Although some of these substances might be consumed in the fire, there is limited knowledge regarding evolved gases and emissions from battery fire incidents. The battery gases not consumed in the fire can comingle with air, and in an enclosed or semi-enclosed area, the gases will accumulate. With an external or internal battery ignition source, e.g. electrical contact, spark or auto-ignition from a hot cell, a gas explosion can ensue. Further, as the battery increases in size, the amount of gas released can become significant, representing a greater threat than a fire.
In the case of an EV fire, concerns remain and research is necessary regarding battery fire behavior and impact on fire growth, potential toxicity and gas dispersion of fire-induced combustion effluents, particularly in confined spaces or congested traffic tunnels. Another area in need of further study is firefighting best practices for emergency responders, including personal protective equipment and appropriate extinguishing agents given the fact that lithium is a water-reactive metal. EV fires can exceed 2760 °C and intervention with water or foam as a suppression agent could result in violent reaction as the water molecules separate into explosive hydrogen and oxygen gases. There are additional risks and considerations associated with emergency response to EV fires outlined here and here that are essential to understand, like electric shock and tendency of LIB reignition up to 24 hours after initial extinguishment.

Thus, to assume that LIBs have a lower risk profile is erroneous, especially if the byproducts of combustion, the accumulated gases during venting, and the challenges in emergency response are considered. A holistic perspective is needed that contemplates not only the LIB system for EVs but also charging stations and stationary grid-scale storage systems as well as factoring in the surrounding environment, proximity to populations, external impact dynamics, and firefighting countermeasures to reduce risk.
LIBs have many advantages in helping industries decarbonize and meet global climate and sustainability targets, but when accounting for the physical and chemical characteristics of the battery, the window of stability is actually relatively small in terms of temperature and voltage, which can usher in many other risk factors. Although on the surface EVs have superficially lower risk than internal combustion engines, the introduction of LIBs into the equation conveys unresearched and unquantified risks and consequences, which is why continued examination and incident analyses are important to thoroughly understand the true risk profile.
Source: Forbes
Rachel A. Meidl, LP.D., CHMM, is the fellow in energy and environment at Rice University's Baker Institute. She was previously appointed deputy associate administrator for the Pipeline and Hazardous Materials Safety Administration, an agency of the U.S. Dept. of Transportation.