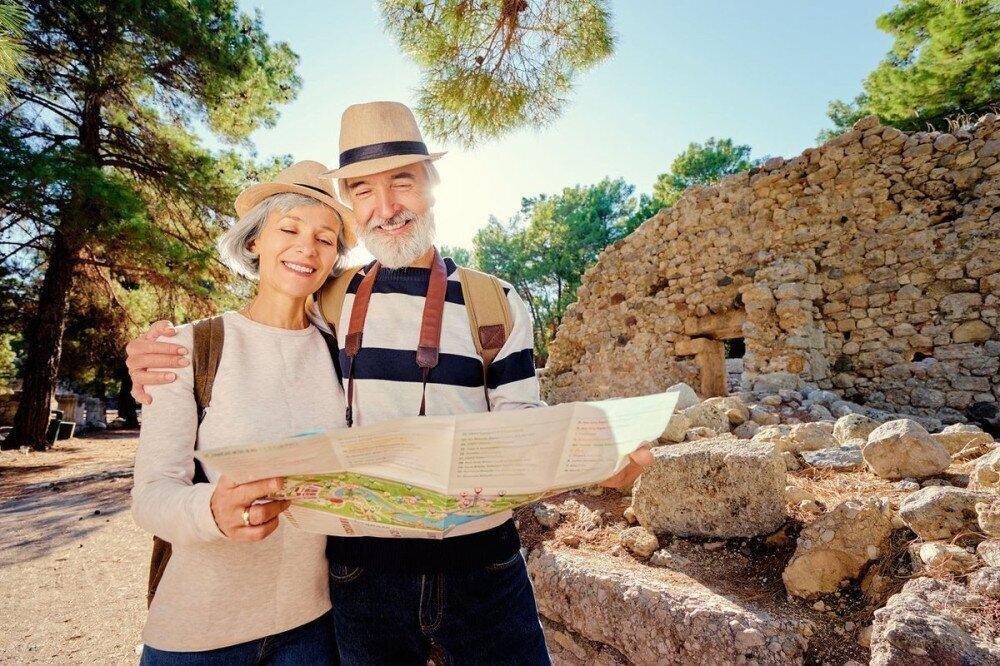 As Germany faces a potential abrupt halt in Russian gas supplies, a travel agencies association has put forth an unusual suggestion in face of a possible shortage and even higher energy prices in the coming winter: Sending senior citizens on vacation to warmer locations during the cold season.

Russian gas is vital to Europe and Germany in particular. But Berlin has come under pressure to unwind a business relationship that critics says is helping to fund Russia’s invasion of Ukraine.

Europe’s biggest economy aims to reduce its dependence on Russia to zero as quickly as possible but has opposed an immediate stop to imports.

A solution to cope with soaring prices and preserve energy, according to Marija Linnhoff, the chair of the German Association of Independent Travel Agencies (VUSR), are pensioners.

Linnhoff this week proposed senior citizens be enabled to travel for longer periods to warmer countries over the winter, citing Turkey, Tunisia and the Spanish tourist island of Mallorca as potential destinations.

And the government could encourage more citizens, some of which have already been spending winters in some of these locations, by subsidizing such trips, she told the Mallorca Zeitung.

Leading the association representing more than 7,000 travel agencies in Germany, Linnhoff even proposed subsidies of up to 500 euros ($527.69) to make such trips more affordable.

“You kill some birds with one stone: Retirees would also receive grants, we save gas for industry and support holiday destinations,” she noted.

“Traveling against Putin is better than freezing because of Putin,” Linnhoff told the Rheinische Post.

Still, her proposal encountered criticism from politicians. Social Democratic Party's (SPD) Ralf Stegner told the Bild newspaper of a “crazy idea” that “certainly does not contribute to solving our energy policy challenges.”

Jana Schimke, the Christian Democratic Union (CDU) politician and chairperson of the tourism committee in the Bundestag, said "the proposal would cost at least 10 billion euros," and that the combination of rent and travel costs would be an additional financial burden.

"It’s not measurable what would be saved in the end,” she told Bild. “Only a few retirees should be able to afford the double burden of continuing to rent at home and stay abroad, despite state subsidies,” she added.

Russian gas accounted for 55% of Germany’s imports last year. Berlin has said it wants to wean itself off Russian supplies but expects to be largely reliant on Moscow for gas until the middle of 2024.

It remains unclear whether an abrupt halt would happen and the officials said Germany wanted to avert an escalation, such as by backing a European gas embargo, having already supported sanctions against Moscow on coal and oil.

But they now fear Russia could cut off gas flows unilaterally and want to be able to cope if it does. German officials are said to be quietly preparing for any sudden halt in Russian gas supplies with an emergency package that could include taking control of critical firms, sources told Reuters on Tuesday.

Such a proposal would also be of great value for Turkish tourism as well, and would contribute to employment, sector representatives told the Turkish daily Hürriyet on Tuesday.

Efforts have been underway to diversify the industry and markets, as well as to enable Turkey to make the most of the period outside summer.

The southern gem of Antalya and its surrounding regions are often preferred by German nationals, who are among Turkey’s biggest tourist sources.

Germany was Turkey’s second-biggest market last year just after Russia. Some 3.1 million German tourists arrived in Turkey last year, a 175.7% year-over-year increase from 1.1 million in 2020, overshadowed by the coronavirus pandemic.

The figure is still below 5 million in 2019 prior to the outbreak. Arrivals had reached a record high of around 5.5 million back in 2015, Daily Sabar reprots.