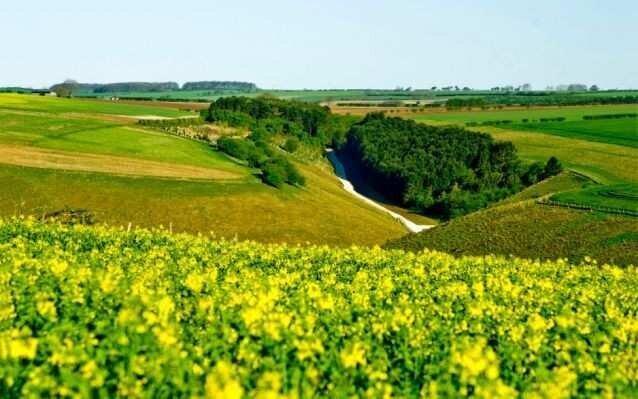 Reforms in the agricultural sector are a cornerstone of the government's plans after Brexit.The direct subsidies for farmers in England will be cut by at least 50 percent by 2024 as part of the post-Brexit agricultural policy reforms announced on Monday, - the Telegraph reports.

The £ 1.8 billion paid annually to farmers for their acreage will gradually be replaced by a system that will fund public goods such as clean air, water and improved biodiversity.

Although the new system is not yet fully developed, ministers are keen to press ahead with the cuts in direct payments from next year.

About half of the base payment goes to just 10 percent of the larger farms, with a third of the farms receiving less than £ 5,000 each.

Agricultural groups have broadly welcomed the departure from the £ 3 billion Common Agricultural Policy, which has been seen as inefficient and blamed for promoting bad environmental practices.

Although all subsidies will go back to the agricultural sector through various grants and pilot projects, there is concern that some companies may fall through the cracks during the transition.

The cuts in payments will start at 5 percent next year, but the environmental land management replacement program won't be fully implemented until 2024.

Martin Lines, chair of the Nature Friendly Farming group, said he feared there won't be enough information next week for farmers to plan for the immediate future.

"A lot of companies are only getting information now and we have already planned our harvests and are raising our animals for the next two years," he said.

The National Farmers Union and others have called for at least a year to delay the transition amid the impact of Brexit and the coronavirus pandemic on trade.

A Defra spokesman said: “Our future agricultural policy will create cleaner and greener landscapes and help meet the government's environmental goals and not make commitments.

"As we phase out direct payments during the seven-year transition period in agriculture, we will offer financial assistance to help farmers prepare and invest in ways to improve their productivity and manage the environment sustainably."

Scotland and Wales have made no progress as far as Defra in developing plans to reform their agricultural sectors.