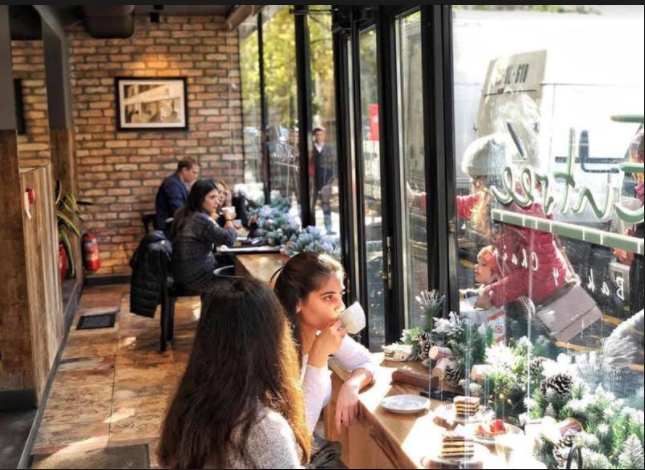 The latest escalation of the unresolved Nagorno-Karabakh conflict has raised concerns between the international communities. Over ten days have passed since the beginning of the clashes and there is no sign of the end of the conflict. However, the situation in Azerbaijan’s capital, Baku is absolutely stable and there are no dramatic changes in the lifestyle of the city.

BM.GE has interviewed Jean Michel Charles, Co-founder of Entrée, French artisan bakery chain with Georgian origin that first entered the Azerbaijani market in 2014 and currently is presented with 6 cafes.

“Fortunately, business environment in Azerbaijan has not seen any changes since September 27. Government is managing the situation in such a good manner that there is no feeling of any inconvenience or instability,” said Charles.

In his words, the situation in capital of Azerbaijan is absolutely stable and there are no dramatic changes in lifestyle of the city, adding that the only change is that from 21:00 Baku has curfew ordinance and instead of closing cafes at 22:00 Entrée is closing little bit earlier.

Co-founder of Entrée is optimistic that the conflict will soon be resolved and there will not be any impact over businesses. “For now there are no concerns among business communities”.

Entrée was established in Georgia in 2008. The brand well-known with its premium quality products is already presented with 15 branches in Georgia, 6 in Azerbaijan and later this fall 1 branch will be opened in London, UK. Expanding its brand on foreign markets has been in plans of the management from the very beginning. While recalling their first days in the foreign market, Charles said that there were many challenges for them on the Azerbaijani market. “The first was reaching the market, understanding the character of the customer, his demands, and then opening three stores at almost the same time and running them in the right way. It was very exciting and challenging at the same time”.