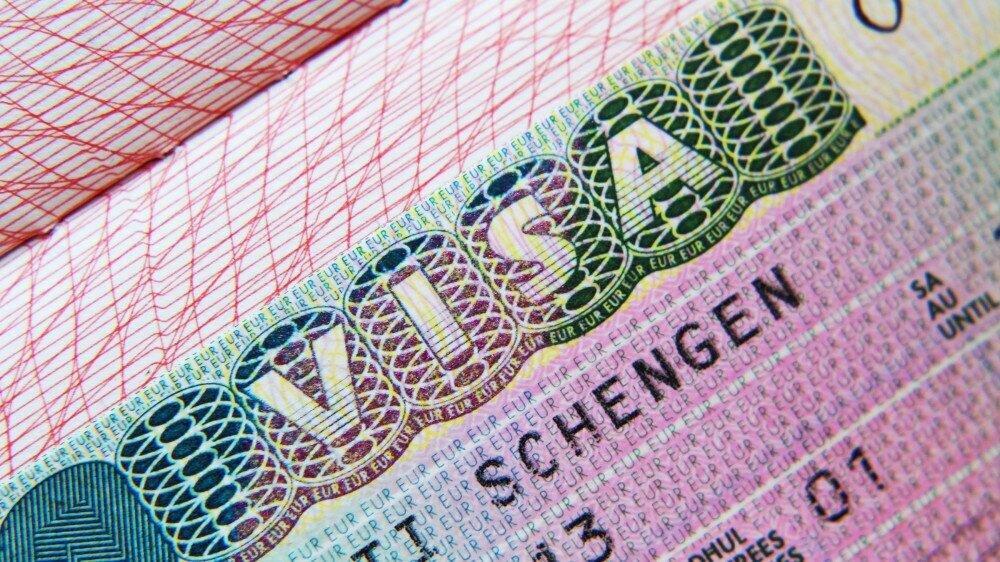 "People were forced to flee Ukraine, some of them are remaining there, fighting for their lives, fighting there for their homes ... while [people from Russia] are still free to travel and enjoy all the amenities of the free world, which their government is fighting against," the minister said.

Lithuania had "basically stopped all visa issuance to people who would go for recreation" and only issues visas in "humanitarian cause visas," Landsbergis said.

This, he emphasized, was not only for political, but also for practical reasons. Since 2020, Lithuania has "felt a huge influx of people fleeing Belarus and Russia."

"We found a way working with non-governmental organizations and other partners, where we are able to assess actually who has a humanitarian need and was running away from persecution," he said.

"Who do you issue a visa first? Is it a a family of an NGO member who might be persecuted, whose father or mother is being persecuted, or some tourist who wishes to spend a few lovely days by Lithuanian seashore?" he said.

The question of weapons for Ukraine

Ever since the very first days of the Russian invasion, the Lithuanian government had said the conflict would be decided on the battlefield, Landsbergis told DW.

The foreign minister said that seeing what Ukrainians are doing with Western military equipment shows that they are able to fight off and even reclaim land occupied by Russia after the February 24 invasion.

"I truly believe and I hope that this is proof enough that Ukrainians are capable, able and trustworthy partners when it comes to defending the borders of Europe," Landsbergis said. "The more weapons that are provided [for Ukraine], the faster the war ends."

He also said that he would like to feel more "European pride, seeing more European weaponry provided to Ukraine" alongside the arms providede by the US. "But unfortunately, probably we [the EU] still don't have the capacity," Landsbergis said.

The role of transatlantic relations in Ukraine

Landsbergis stressed that European countries do a lot when it comes to hosting Ukrainian refugees or providing humanitarian aid to Ukraine.

However, when it comes to hard power fighting off the Russian invasion, it is NATO that carries the biggest weight.

"This year showed how important transatlantic unity is for both sides of Atlantic," the foreign minister said. According to Landsbergis, both sides [the USA and the EU] need each other to maintain the security infrastructure not only in the region, but also globally.

As for the EU contribution to the Ukraine crisis, the bloc should start thinking about the post-war situation, the minister said. The EU, having granted candidate status to Ukraine and Moldova, must support these countries in their "transition to full membership."

He also believes that Europe has to formulate a very clear strategy on Russia, which will be a signal to other potential invaders or disrupters of the global security order. The European Union has to be prepared for other possible conflicts in the region, such as a conflict between Kosovo and Serbia, Landsbergis said.

The EU and transit to Kaliningrad

Against the backdrop of concern in European countries about the coming winter, Landsbergis is certain that sanctions against Russia will not backfire on the EU as hard as expected in the energy sector. "It is always better to expect the worst and be prepared for the situation that might not be so good and then have the instruments to tackle the coming problems," he said.

He expressed his hope that Europe will be able to "return to increasing pressure on Russia when we see that we are able to handle the situation when it comes to energy and other things."

Earlier this summer, the EU overturned part of its policy regarding transit from mainland Russia to the Russian exclave of Kaliningrad on the Baltic Sea. Lithuania had wanted Brussels to maintain its original stance, Landsbergis said, but does not "feel betrayed.".

The foreign minister thinks the current quota system, in which Europe has set limits for transit of essential goods to Kaliningrad, is not ideal, but "just a certain compromise that we accepted," Landsbergis said.

Russia reacted angrily when Lithuania tried to block transit through Kaliningrad. But Vilnius was just implementing a "European decision," the minister said.

Moscow, he argued, chose to bully a "much smaller country like Lithuania" instead of turning on Brussels.

But despite Russian propaganda attacks, Lithuanians are not afraid of Russia, the minister assured. "We believe that NATO [of which Lithuania is a part] is the strongest and most capable alliance there is and there ever was," Landsbergis said, DW reports.