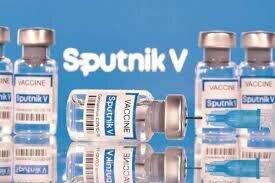 Back
Sputnik V Vaccine will not be approved by the European Union until the first quarter of 2022, as the vaccine needs to undergo additional reviews.
According to Reuters, the EU drug regulator, European Medicines Agency (EMA), won’t review the Sputnik V vaccine since the Russian manufacturer hasn’t yet provided the required data for the review planned to happen by the end of November, SchengenVisaInfo.com reports.
Moreover, according to an unnamed source of Reuters, EMA said in an email that Sputnik V has yet to be examined under a rolling review until the agency receives an official marketing authorization application.

Furthermore, Reuters’ source revealed that the EMA had asked the Russian manufacturer to fully complete the application dossier on Sputnik V’s production, including information such as active ingredients and the bottling of the final product.

“When they have this dossier, they will also be able to understand where to ask for inspections,” the source said.
EMA’s official site shows that Sputnik V. vaccine’s review started on March 4, 2021, alongside the following vaccines:
COVID-19 Vaccine (Vero Cell) from Sinovac Life Sciences entered the review procedure on May 4.
NVX-CoV2373 from Novavax CZ AS was submitted to the pediatric investigation plan on February 2
Vidprevtyn by Sanofi Pasteur entered the review on July 20.
On the other hand, the World Health Organisation (WHO) has also put the Sputnik V vaccine under a separate review. The health organization has announced that it will soon recognise the vaccine as the problem standing on the way to its approval has been found and addressed. The Russian Direct Investment Fund (RDIF), which is also the vaccine distributor, previously announced that a delegation from WHO would soon visit Russia as a final procedure of the approval.
SchengenVisaInfo.com previously reported that the EU Ambassador in Russia, Markus Ederer, finds Russia responsible for millions of people not being able to visit the EU as the country is stalling the mutual recognition of the COVID-19 vaccination certificates.
According to Ederer, all necessary documentation regarding the mutual recognition has been submitted to the competent authorities, and the EU is ready to take the matter a step further. However, Russian authorities don’t share the same willingness as those from the EU, considering the fact that they haven’t yet prepared the documentation to be submitted to the European Commission in Brussels.
“I regret this because mutual recognition of equivalence, including by Russia, would definitely make life easier for people travelling in both directions,” Ederer said for Russia’s RBC news website previously.