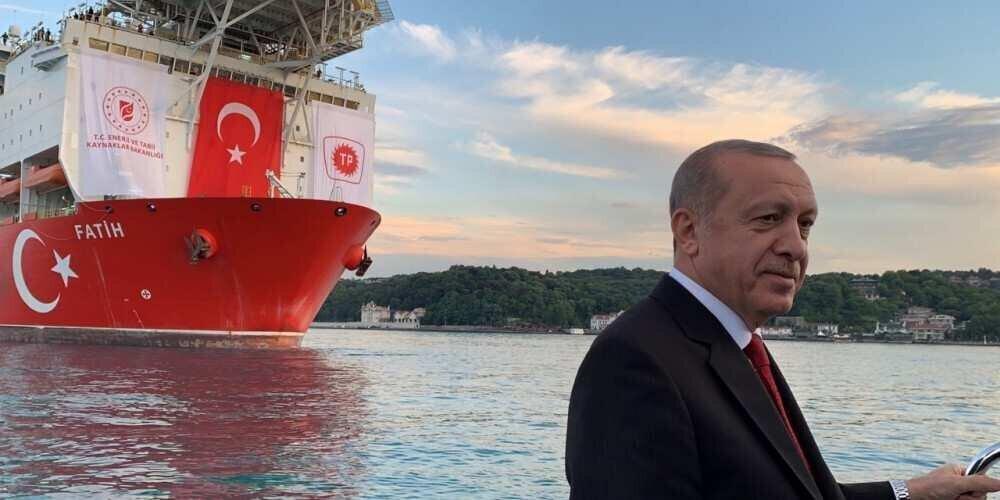 Turkish President Recep Tayyip Erdogan has announced the discovery of a large natural gas reserves off the Black Sea coast, days after he promised “good news” that would usher in a “new era” for the energy dependent country, - writes EURONEWS.

Erdogan said Friday that the amount of gas discovered is 320 billion cubic meters, adding that he hopes to start extracting and using the gas by 2023.

The Turkish drilling ship, Fatih, had been carrying out exploration operations in the Tuna-1 sector in the western Black Sea for the past month. The sector is near where Romania has also found gas reserves.

"We have carried out nine deep-sea drillings in the Mediterranean and Black Sea through our Fatih and Yavuz ships so far. We have had the honour of giving our nation the good news that it has been waiting for."

"There is no stopping and resting until we become a net exporter in energy," he added.

Euronews reported on Wednesday that Turkey was poised to announce the discovery of a new gas field, but a source reported the likely location was the Eastern Mediterranean, where prospective drilling has led to conflict with the EU.