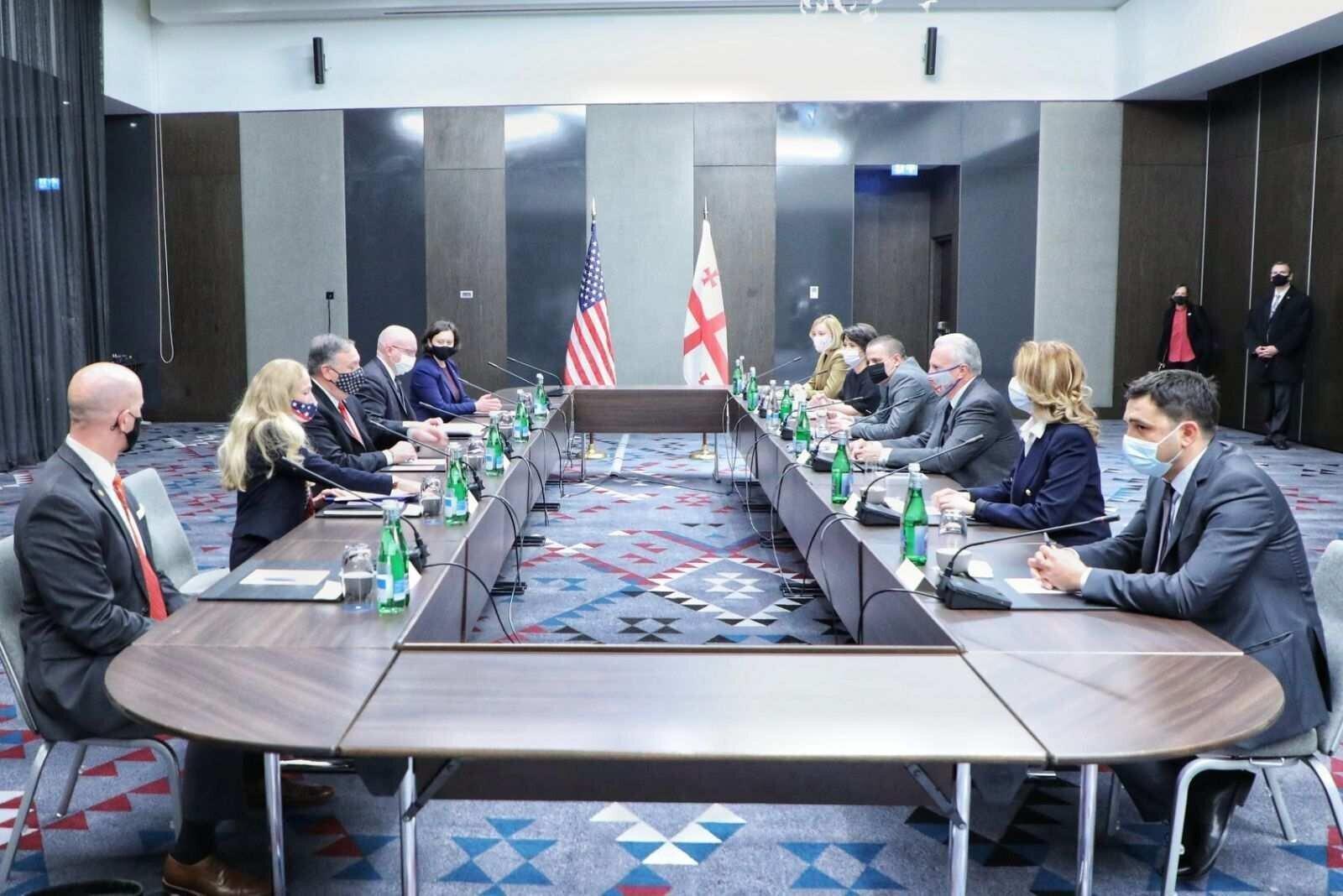 Back
Secretary of State Pompeo met with civil society representatives for a frank and open discussion on judicial reform and the role of civil society in Georgia's development, the US Embassy in Georgia reported.
"Secretary Pompeo sat down with civil society representatives for a candid and open conversation about judicial reform, and the role of civil society in Georgia’s development. The Secretary noted Georgia’s recent judicial reform efforts and the important role of civil society in advancing the rule of law and developing modern state institutions. However, all agreed there is more work to be done, and the United States stands ready to continue its support. Included in the meeting were representatives of some of the many professional NGOs dedicated to improving Georgia’s democracy, including the American Chamber of Commerce Georgia, Economic Policy Research Center, Georgian Democracy Initiative, Open Society-Georgia Foundation, Rights Georgia, and Transparency International Georgia, " - the post reads.
Mike Pompeo's visit to Georgia ends. The US Secretary of State will leave Tbilisi in the coming hours.
Elections2020 Michael Pompeo Secretary of State