Experts’ research - there is no basis to prove Khazaradze, Japaridze or Tsereteli committed a money laundering offence 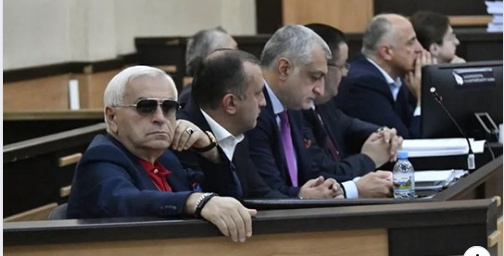 Transparency International Georgia has published a report prepared by an international expert on the case of Mamuka Khazaradze, Badri Japaridze and Avtandil Tsereteli.

According to the organization, the report says that there is no basis to prove Mamuka Khazaradze, Badri Japaridze or Avtandil Tsereteli committed a money laundering offence, either individually or as co-conspirators.

“Today, on May 14th, 2020, Transparency International Georgia is releasing the assessment of the money laundering prosecution related to the TBC Bank case.The author of the report is independent international expert Mrs. Pauline David. According to the report, there is no basis to prove Mamuka Khazaradze, Badri Japaridze or Avtandil Tsereteli committed a money laundering offence, either individually or as co-conspirators.

After an assessment of Georgian and international laws, the Indictment, the facts in issue, and accepted international jurisprudence in money laundering cases, key findings are as follows: There is no evidence from which to infer an intention: to ‘legalise’(launder) any funds obtained by way of loan; to conceal the ‘illegal origins’ of the loan funds; or to integrate those funds back into the legitimate economy.

Even if the court found every fact in issue in the case in favour of the prosecution, those facts are not capable of supporting a money laundering charge.

Even if the prosecution proved misappropriation, the subsequent conduct alleged could only support the use of misappropriated proceeds, not the laundering of those proceeds.

Internationally courts condemn the practice of prosecuting for money laundering, when the conduct alleged extends no further than conduct capable of proving the predicate crime.

Because of the statutory time limitation, the crime of misappropriation cannot now be prosecuted as a stand-alone offence, nor can it be proven as a predicate crime.

It can be an abuse of process to circumvent a statute of limitations by prosecuting a person for an inappropriate or artificially constructed charge (money laundering) to get around the fact that the appropriate charge for the conduct alleged (misappropriation) is statute barred.

In many jurisdictions, where the court has determined a prosecution is an abuse of process, the court has used its inherent power to protect the court by terminating those proceedings”, reads the statement released by Transparency International Georgia.