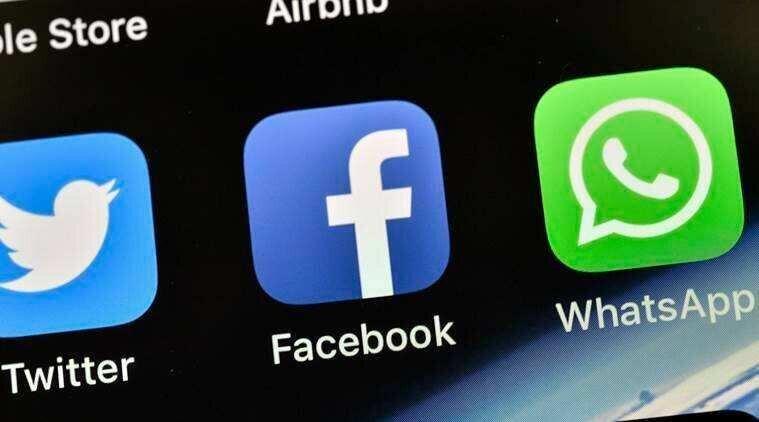 Back
Facebook said on Wednesday that it planned to lift its ban on political advertising across its network, resuming a form of digital promotion that has been criticized for spreading misinformation and falsehoods and inflaming voters.
The social network said it would allow advertisers to buy new ads about “social issues, elections or politics” beginning on Thursday, according to a copy of an email sent to political advertisers and viewed by The New York Times. Those advertisers must complete a series of identity checks before being authorized to place the ads, the company said.
“We put this temporary ban in place after the November 2020 election to avoid confusion or abuse following Election Day,” Facebook said in a blog post. “We’ve heard a lot of feedback about this and learned more about political and electoral ads during this election cycle. As a result, we plan to use the coming months to take a closer look at how these ads work on our service to see where further changes may be merited.”
Political advertising on Facebook has long faced questions. Mark Zuckerberg, Facebook’s chief executive, has said he wished to maintain a largely hands-off stance toward speech on the site — including political ads — unless it posed an immediate harm to the public or individuals, saying that he “does not want to be the arbiter of truth.”
But after the 2016 presidential election, the company and intelligence officials discovered that Russians had used Facebook ads to sow discontent among Americans. Former President Donald J. Trump also used Facebook’s political ads to amplify claims about an “invasion” on the Mexican border in 2019, among other incidents.
Facebook had banned political ads late last year as a way to choke off misinformation and threats of violence around the November presidential election. In September, the company said it planned to forbid new political ads for the week before Election Day and would act swiftly against posts that tried to dissuade people from voting. Then in October, Facebook expanded that action by declaring it would prohibit all political and issue-based advertising after the polls closed on Nov. 3 for an undetermined length of time.
The company eventually clamped down on groups and pages that spread certain kinds of misinformation, such as discouraging people from voting or registering to vote. It has spent billions of dollars to root out foreign influence campaigns and other types of meddling from malicious state agencies and other bad actors.

In December, Facebook lifted the ban to allow some advertisers to run political issue and candidacy ads in Georgia for the January runoff Senate election in the state. But the ban otherwise remained in effect for the remaining 49 states.

Attitudes around how political advertising should be treated across Facebook are decidedly mixed. Politicians who are not well known often can raise their profile and awareness of their campaigns by using Facebook.
“Political ads are not bad things in and of themselves,” said Siva Vaidhyanathan, a media studies professor and the author of a book studying Facebook’s effects on democracy. “They perform an essential service, in the act of directly representing the candidate’s concerns or positions.”
He added, “When you ban all campaign ads on the most accessible and affordable platform out there, you tilt the balance toward the candidates who can afford radio and television.”
Representative Alexandria Ocasio-Cortez, Democrat of New York, has also said that political advertising on Facebook can be a crucial component for Democratic digital campaign strategies.

Some political ad buyers applauded the lifting of the ads ban.
“The ad ban was something that Facebook did to appease the public for the misinformation that spread across the platform,” said Eileen Pollet, a digital campaign strategist and founder of Ravenna Strategies. “But it really ended up hurting good actors while bad actors had total free rein. And now, especially since the election is over, the ban had really been hurting nonprofits and local organizations.”
Facebook has long sought to thread the needle between forceful moderation of its policies and a lighter touch. For years, Mr. Zuckerberg defended politicians’ right to say what they wanted on Facebook, but that changed last year amid rising alarm over potential violence around the November election.
In January, Facebook barred Mr. Trump from using his account and posting on the platform after he took to social media to delegitimize the election results and incited a violent uprising among his supporters, who stormed the U.S. Capitol.
Facebook said Mr. Trump’s suspension was “indefinite.” The decision is now under review by the Facebook Oversight Board, a third-party entity created by the company and composed of journalists, academics and others that adjudicates some of the company’s thorny content policy enforcement decisions. A decision is expected to come within the next few months.
On Thursday, political advertisers on Facebook will be able to submit new ads or turn on existing political ads that have already been approved, the company said. Each ad will appear with a small disclaimer, stating that it has been “paid for by” a political organization. For those buying new ads, Facebook said it could take up to a week to clear the identity authorization and advertising review process.
Source: NYT
Facebook