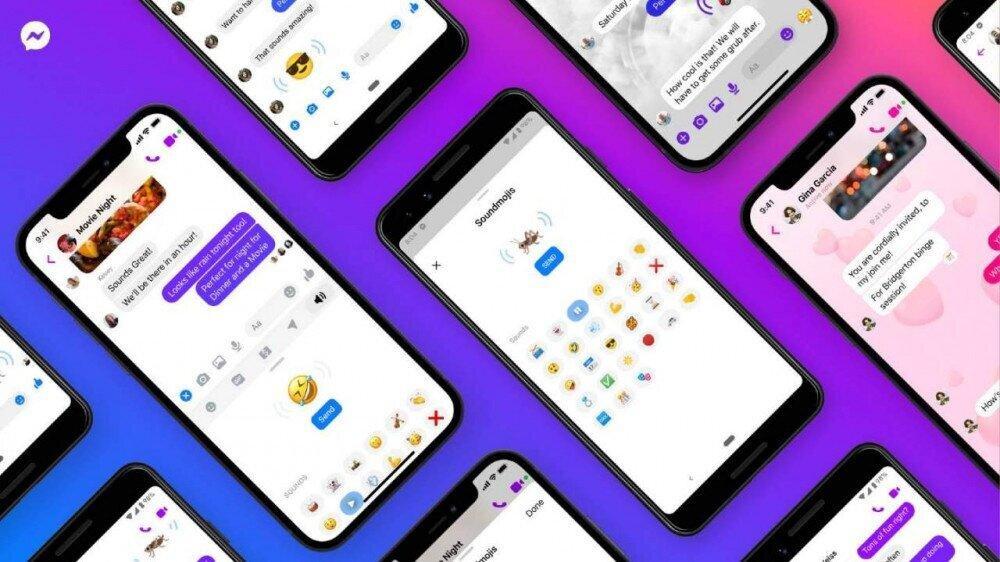 Back
Facebook has rolled out a new library of emojis for its messaging app that adds a new layer of expression to the commonly-used images: sound effects. Facebook calls these Soundmoji, explaining that when selected, the recipient will not only see the emoji but also hear a related sound, including everything from clapping and chirping crickets to sound bites from TV shows.
Emojis, like GIFs, are used to express emotions without words; they’ve become a kind of universal online language that communicates one’s feelings regarding a topic that anyone can understand. Facebook’s Soundmojis reinforce the sentiment expressed by the emoji using related sound effects and audio clips.
Users can find the Soundmoji by tapping the smiley face icon in a Messenger chat, then tapping the loudspeaker icon. The app will present a library of Soundmoji that can be previewed with their sound effects before sending them in chat. The emoji remain the same you’re used to, but you can tell when they include sound due to the “soundwaves” surrounding them.
It’s unclear how many emoji have the sound effect option at this time, but a quick look shows many commonly used options, including the crying-laughter emoji, the clapping hands, and crickets — all of which, of course, express the sentiment with actual clapping and chirping sound effects. Facebook has also added audio clips from popular media.
Users can, for example, share brief audio clips from things like the hit sitcom Brooklyn Nine-Nine and the movie F9. Facebook says that it plans to regularly update its Soundmoji library with new sound bites and sound effects, though it’s unclear when the next update will arrive.
Facebook Messenger Soundmoji