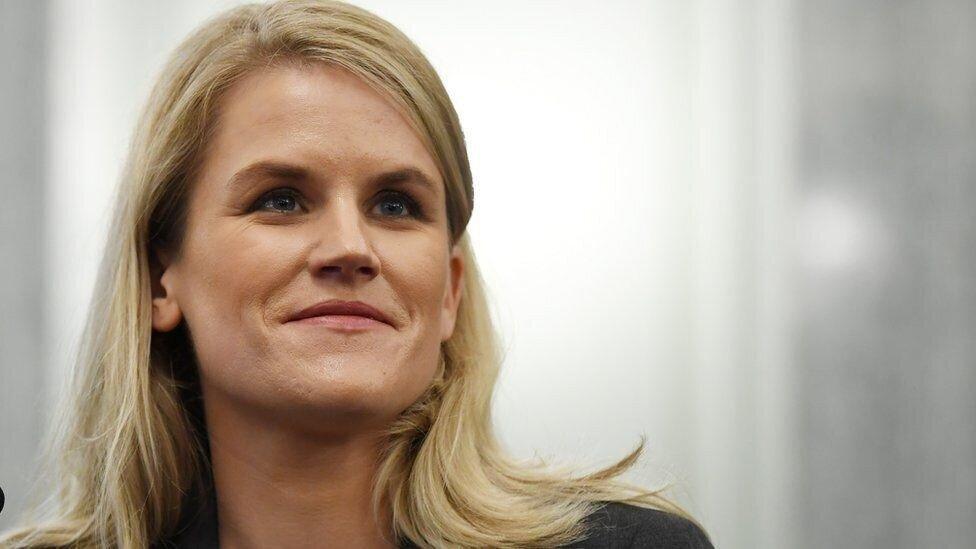 Back
Facebook whistleblower Frances Haugen is giving evidence to UK politicians amid fresh revelations about the company's inner workings.
Ms Haugen is before the committee fine-tuning the UK's proposed Online Safety Bill, which will put new rules in place for big social networks.
It comes as several news outlets published fresh stories based on her thousands of leaked documents.
Facebook, meanwhile, has characterised previous reporting as misleading.
Ms Haugen left Facebook earlier this year, but took thousands of documents when she did so, providing them to the Wall Street Journal.

That paper then ran a series of articles which Facebook considered to be negative - and, it contends, mischaracterised the source material.
But the allegations - that Facebook knew that Instagram was damaging to teenagers' mental health, for example - led to her being invited to testify to politicians and regulators around the world.
Her appearance in London comes at a crucial time in the debate about tech regulation, as the Online Safety Committee considers additions and tweaks to the proposed new rules.
Proposed additions include whether online abuse of women and girls should become a legal offence.
The chair of the committee, MP Damian Collins, said it "will establish a new era of regulation for tech platforms which will make them accountable".
"The real question is around can we, as a public, change the incentives such that it makes more sense for Facebook to invest more money in safety on Instagram," Ms Haugen said in a BBC interview with Ian Russell, the father of 14-year-old Molly Russell, who killed herself after viewing disturbing content on Instagram.
"I'm sure that… the experience Molly had caused them to look at these questions more," she added.
But Ms Haugen said that much quicker progress is needed.
"Facebook's own research shows that a startlingly high fraction of [under-18s] exhibit what is known as problematic use [on Instagram]," she said.
Being unable to control their use of it is "kind of like cigarettes in that way," she added.
"Unquestionably, Facebook could be investing more resources into making the platform safer," she said. "They have made a series of choices to prioritise profits over people.
"Right now there's no company in the world that has as much power as Facebook, and as little transparency."
Facebook Frances Haugen UK Parliament