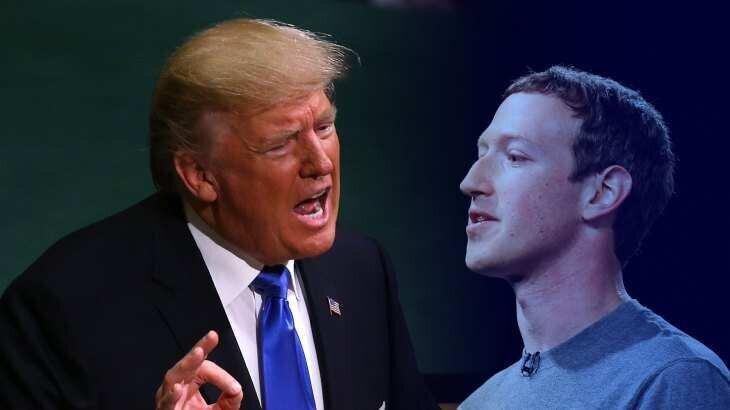 Back
Donald Trump's future on Facebook and Instagram is now up in the air.
Facebook (FB) has referred its previous decision to suspend former President Donald Trump's posting privileges to its independent Oversight Board for review, the company said in a blog post Thursday.
Facebook said it wants the Oversight Board's binding ruling on the matter given its significance.
"We think it is important for the board to review it and reach an independent judgment on whether it should be upheld," wrote Facebook VP of global affairs Nick Clegg. "While we await the board's decision, Mr. Trump's access will remain suspended indefinitely."
John Taylor, a Facebook Oversight Board spokesman, told CNN Business that, under its framework, the board will have 90 days to review the decision but "we expect to act more quickly than that."
Facebook and Instagram banned Trump's account from posting for at least the remainder of his term in office and perhaps "indefinitely" after his supporters stormed the US Capitol building to protest the election. Twitter, Trump's preferred social media platform, banned him permanently.
In a blog post, the Oversight Board said Trump or his page administrators will be able to submit their feedback on the Facebook decision to the board as it contemplates whether to uphold or overturn Facebook's decision.
"The Oversight Board launched in late 2020 to address exactly the sort of highly consequential issues raised by this case," the board said. "The Board was created to provide a critical independent check on Facebook's approach to the most challenging content issues, which have enormous implications for global human rights and free expression."
Jamal Greene, a co-chair of the Oversight Board, told CNN Business that the case will be viewed and decided through three main lenses: whether Trump's content truly violated Facebook's own platform policies; whether Facebook's decision is consistent with its own stated values; and whether Trump's suspension largely aligns with -- or undercuts -- international human rights principles.
It will be the oversight board's most high-profile and consequential case so far. The board, which was created to serve as a kind of Supreme Court for appealing and evaluating Facebook's content moderation decisions, only started taking cases in the fall.
Kate Klonick, an assistant law professor at St. John's University who studies technology and online speech, predicted many will view the case as Facebook's "Marbury v. Madison moment," referring to the pivotal US Supreme Court case that established the judicial system's role in reviewing laws and government actions.
"The Board can establish its seriousness and jurisdiction/power over FB," she tweeted. "That could be good for the Board but it also means that it's very risky for establishing legitimacy, esp. so early in its history."
Given social media platforms' tendency to play follow-the-leader on consequential content enforcement decisions, the Oversight Board's ruling could have vast ramifications, according to Evelyn Douek, a lecturer at Harvard University Law School.
"There is no greater question in content moderation right now than whether Trump's deplatforming represents the start of a new era in how companies police their platforms," she wrote in a blog post. "The past few weeks have also shown that what one platform does can ripple across the internet. ... For all these reasons, the board's decision on Trump's case could affect far more than one Facebook page."
Facebook Donald Trump