Fady Asly: ICC will not attend the Investors Council meeting on November 26 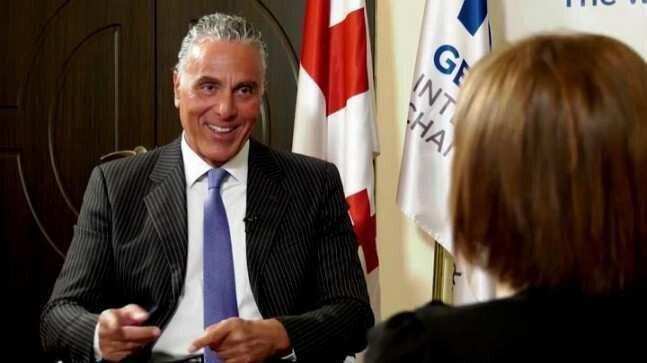 Fady Asly has published a letter on his official Facebook page, where he explains why ICC will not attend the Investors Council meeting on November 26.

“Since its inception in 2002, the International Chamber of Commerce in Georgia has been vocal and candid in its communication with the authorities, the business community and Georgian society at large; we never shied away from speaking about the problems that the country was facing, and have always voiced our recommendations to improve both the business and investment climates in Georgia.

ICC has been very committed to the activities of the Investors Council since its creation; we have regularly expressed our concerns regarding various counterproductive policies adopted or followed by government; the minutes of the Council are full of our remarks, advice, warnings and recommendations, not to mention the dozens of letters that we sent out to various government officials over the years, requesting them to review several detrimental laws and regulations that seriously undermined the economy.

We will open here a small parenthesis and mention that GDP per capita for smaller economies like Georgia, mainly dependent on foreign trade, should always be measured using nominal figures and not PPP figures, as some “experts” from government wrongfully do, thus distorting facts and misleading the public.

Since 2013, the policy of this government has been to keep foreign investors away, especially those coming from regional countries, either by sending them back at the border, or by refusing to grant them residencies, even short term ones, or by denying them help to solve problems that were artificially created with the purpose of discouraging them from pursuing their investments.

In short, this government has totally undermined Georgia’s reputation as an investment friendly country, and ICC is very well placed to give an opinion in this respect, being the very first stop for new foreign investors exploring the country and the last recourse for those facing problems.

This year and due to the unsolicited government attacks against TBC and the Anaklia Consortium founders, all the Georgian companies listed on the London stock exchange have jointly lost hundreds of millions of dollars, and the country's reputation has been completely shattered abroad within the sphere of international investors.

Prime Minister Gakharia knows very well what we are talking about; we brought such issues and many others to him when he was Business Ombudsman, Secretary of the Economic Council and later on Minister of Economy.

Meanwhile over seven years the government has issued myriad new rules and regulations that have unnecessarily complicated, burdened and hampered businesses and the business environment, resulting in the loss of our country's competitive advantage as an emerging market.

Some of those regulations were drafted to comply with the terms of the DCFTA, and they cost our economy hundreds of millions of dollars; our question is the following:  What is the use of the DCFTA if foreign investors are not allowed to do business in the country?  Imagine buying a very expensive limousine for commercial purposes, but locking it in a garage, not using it commercially and not allowing anyone else to use it either. Technically, this is what is happening with the DCFTA, we are paying a prohibitive price for it, but we are not allowing investors to engage in the country and take advantage of its benefits so that we can develop our economy and offset the economic costs of the legislative compliance burden.

As a result of this policy of “No Investors Allowed”, Bidzina Ivanishvili has become today the one and only major investor in the country, which prompts us to mention the ongoing talks regarding his decision to purchase from the government the complex of Tskaltubo for his own private business.

Finally, about a month ago, Prime Minister Gakharia invited the business community at large to meet and discuss the ongoing economic situation. The meeting was attended by every single business organization in the country, from the largest one to the smallest one; nevertheless the presence of the International Chamber of Commerce, which is the largest business organization in the world, was considered unnecessary.

This did not come as a surprise for us, since 2013 ICC is systematically sidelined from government meetings, conferences and events; for the record and for anecdotal purposes, we will mention that in seven years, ICC was not once invited to attend the Georgian National Day.

By behaving thus, the government is not isolating ICC, it is rather isolating itself; ICC is the largest business organization in the world and a global policy maker actively engaged in 140 countries.

Unlike government officials, the members of ICC Board of Directors are not paid a salary to work for the benefit of the country, we do it pro bono; as a matter of fact, we spend our own private financial resources and time to push the country forward; for us this work is not a job but a mission to improve the standard of living of Georgian citizens, and for that we have often sacrificed our personal business interests and endangered our own safety.

ICC directors have no personal agendas, we are not aiming at positions in government or in parliament, we are not seeking power or looking to climb any hierarchy anywhere; our only agenda is the prosperity of this country and the well-being of its people; we do understand though that our agenda sometimes conflicts with that of many politicians in power, whose primary goal is to retain their influence and their privileges to enrich themselves at the expense of the country and the people.

Based on the above and considering that the government does not find it important to engage with us, we shall excuse ourselves from attending the Council meeting on November 26, and we will pursue our communication with government via the various media in the country.

In closing, I would like to thank all my colleagues from the business community who sit on this Council, who still have not lost hope and who have been fighting alongside us for years for the betterment of the business environment and the success of Georgia; I would also like to thank all honest and dedicated former and current members of government and of parliament across the hierarchy, who for the past seven years did or are still doing their utmost to move the country forward despite Bidzina Ivanishvili’s erratic orders and whims.

My last words are for Prime Minister Gakharia, whose determination to improve the situation and correct wrong policies swiftly and diligently is clear to us. Dear Prime Minister, I sincerely hope that the gains that you achieve over the coming months, painstakingly with a spoon as a tool, will not be thrown out of the window one morning by Mr. Ivanishvili and his shovel", - Fady Asly notes in his letter.