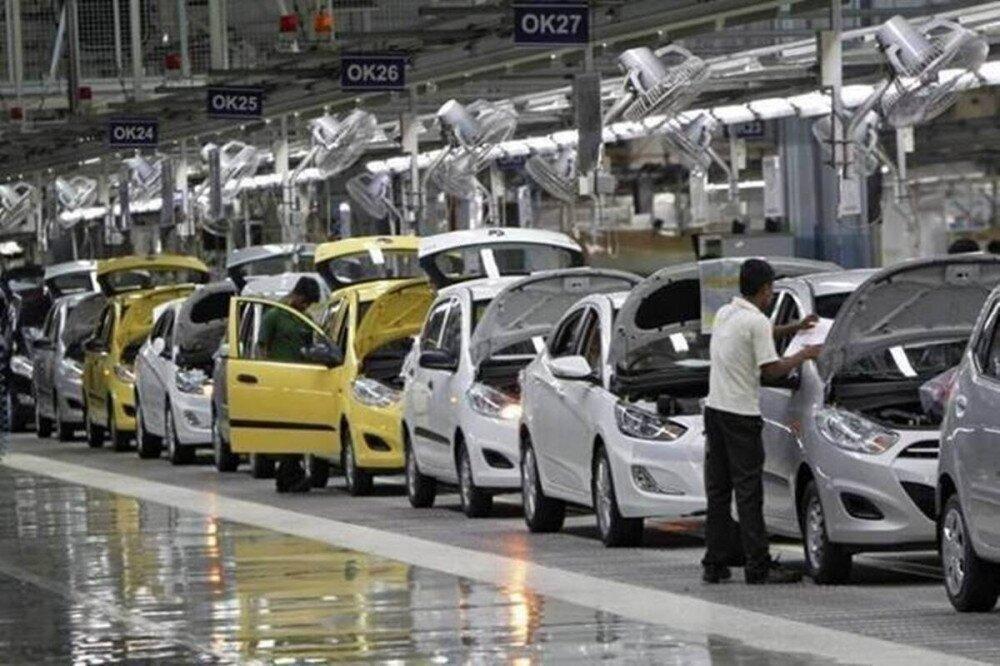 Back
The semiconductor supply shortage has wreaked havoc on carmakers around the world. Now a new supply crisis has emerged to further jolt the industry.

Magnesium is a key raw material used in the making of aluminum alloys, which are used extensively in car production. Magnesium strengthens aluminum even though it is a much lighter material, DW (Deutsche Welle) reports.
China dominates the global magnesium sector, but production stalled sharply in September and October due to the ongoing energy crisis in the country. There have been prolonged electricity and power blackouts in China this year as Beijing struggles to keep up with soaring global demand for its exports while also cutting back on its use of coal.
With China producing around 90% of the world's magnesium, curbs on production have a swift knock-on effect down the supply chain. The EU is particularly dependent, with around 95% of its supply coming from China.

In late October, the European Automobile Manufacturers' Association (ACEA), along with 11 other industrial trade associations, issued a stark warning about the impending magnesium shortage.
"Europe is expected to run out of magnesium stocks by the end of November, with production shortages, business closures and associated job losses to follow," it warned.
Ar-Mg-eddon?
Like many other firms, Norsk Hydro, a Norwegian aluminum producer, relies heavily on Chinese magnesium. "We are concerned about the availability of magnesium, but between a combination of the stocks we already have and the shipments that have already been sent, we are well covered throughout this year," Halvor Molland, a senior vice president at the company, told DW.
He says that the company has not yet had its production of aluminum for car parts makers (OEMs) in the auto industry disrupted. However, he shares concerns that should power cuts and production curbs drag on into 2022, aluminum production will be hit.
At the recent European Council summit in Brussels, the issue of a major magnesium shortage was reportedly raised by outgoing German Chancellor Angela Merkel and Czech Prime Minister Andrej Babis, both leaders of big car-producing nations.
With existing stocks in Europe dwindling, metals industry analysts have pointed to the lack of an alternative to magnesium in aluminum billet production as a major risk. As well as that, China's domination of the market means alternative sources of magnesium itself don't exist on the scale required should the Chinese shutdown persist.
While carmakers would bear the brunt, plenty of other magnesium-reliant sectors would also be hit, such as packaging, consumer electronics and household appliances.
WV Metalle, a German metals trade association, warned last month that if Europe's magnesium stocks were to collapse by the end of November, there would be a risk of "massive production losses."
The situation in China
Blackouts and electricity rationing in China forced a majority of magnesium producers offline in recent months, dramatically lowering output and driving the market price of magnesium to record highs.
"Today's remaining magnesium imports are trading at 'extortionate prices' of about $10,000 to $14,000 per ton, up from approximately $2,000 per ton earlier this year, making it almost impossible for European companies to produce or source magnesium-containing materials at a viable level," the European industry associations warned last month.
However, there are some signs that the problems may be easing. Shanghai Metals Market, a consultancy, said last week that magnesium producers in China's Shaanxi province — the epicenter of the country's magnesium industry — were now back to between 70% and 80% of their capacity. Prices have begun to fall in recent days as a result.
Norsk Hydro says it is "too early" to expect a turnaround.
Even if Chinese production does continue to ramp up, European Aluminium, one of whose members is Norsk Hydro, is concerned that China will prioritize its own producers' huge demand for magnesium. It says the EU needs to develop a stronger and more coherent metals strategy to stave off such crises in the future.
That will be easier said than done. While magnesium is already listed as a critical raw material by the EU, European production is unlikely to take off anytime soon. China's dominance of the market is largely based on the fact that its firms can operate far more cheaply than international rivals.
The European Commission says it has opened talks with the Chinese "in order to address immediate shortages" and that it is "assessing long-term solutions to tackle this strategic dependency."
Carmakers all around the world have already been forced to postpone the production of millions of new cars in 2021 due to the semiconductor shortage. An aluminum crisis could severely compound the problem.
Auto Industry chip shortage magnesium Supply Crisis