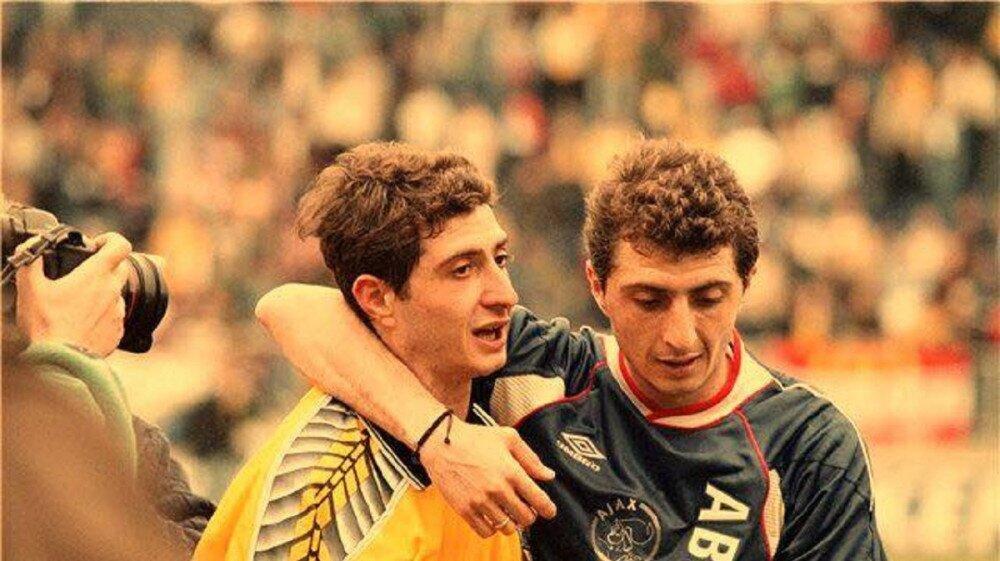 The Arveladze twins Shota and Archil have create NFT (Non-Fungible Token), which reflects the jerseys, they wore during the match in 1997, when Shota and Archil played face-to-face during NAC Breda vs AFC Ajax. It became clear from Shota Arveladze’s Facebook post.

“It’s hard to believe that 15 years ago Tesla, Twitter, Airbnb, Instagram, and many other innovative products, including the iPhone, did not even exist. The technological revolution has accelerated and one of the latest innovations is the NFT (Non-Fungible Token) assets printed on various blockchain platforms. The invention of NFT made it possible to turn anything (tangible or intangible) into a digital asset before offering it to the world market for sale. Examples include the first tweet by Jack Dorsey (Twitter CEO) who transformed his NFT asset and sold it for $2.9 million, as well as the NFT created by 40-year-old artist Beeple (Mike Winkelman), which was sold at a Christie's auction in New York for $69 million.

Achi Arveladze and I also decided to have one of the most emotional moments of our entire career, when in 1997, we played face-to-face during NAC Breda vs AFC Ajax, digitizing and transforming this memory into an NFT asset and making this digital version available to our fans to purchase. This will be the first and only NFT that Achi and I will make on this topic and therefore the buyer will have a unique chance to own a digital version of this special moment. We minted this NFT on the Ethereum blockchain and it will be sold at auction within the next 30 days. Special thanks to Pavle Mgeladze for introducing us to these new technologies and helping us digitize this unforgettable moment”, - Shota Arveladze writes.