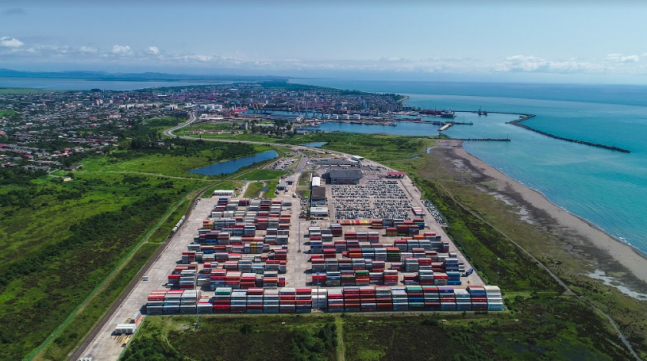 “We appreciate the timely approval received from the Ministry of Economy and Sustainable Development for the first-stage land usage permit. During this time of national and international crisis it is very positive and confidence-building to see that the Government is none the less committed to support the expansion of APM Terminals Poti - Poti Sea Port Corporation and its role in developing the economy of Georgia and the region. However, this is just the beginning of the process.

The next (second) stage of the process will include an Environmental Impact Study and detailed project documentation which will also require the close cooperation of the Government to assure that the timeline for this project stays on schedule.

Today we can see that the world-wide pandemic can cause delays in mobilizing personnel and equipment and therefore, we must work together as expeditiously as possible. Finally, upon completion of the second stage, we will move to the third (final) stage of the permit process, where it will be even more critical for the Government to remain proactive and constructively engaged in finding an optimal solution for access to the port during the construction and eventual operational stage for the benefit of the logistics providers and the overall supply chain. This will guarantee the success of this major infrastructure investment.

“APM Terminals Poti - Poti Sea Port Corporation is confident that, with the continued support and cooperation of the Georgian Government, this project will be a success and an example of the kind of partnership that will attract additional international investments to Georgia in the near future,” remarked Keld Mosgaard Christensen, Managing Director of APM Terminals - Poti Sea Port Corporation.

Since assuming operations, APM Terminals has invested over USD 80 million upgrading the outdated port infrastructure and service facilities, including the construction of a new Customs Center, as well as new rail and truck facilities. During this period Poti Sea Port has continued with upgrades of the current port infrastructure and equipment to make it the most productive and safest port in the Region while maintaining its preeminent position as the leading gateway to and from Central Asia and the Caucasus.