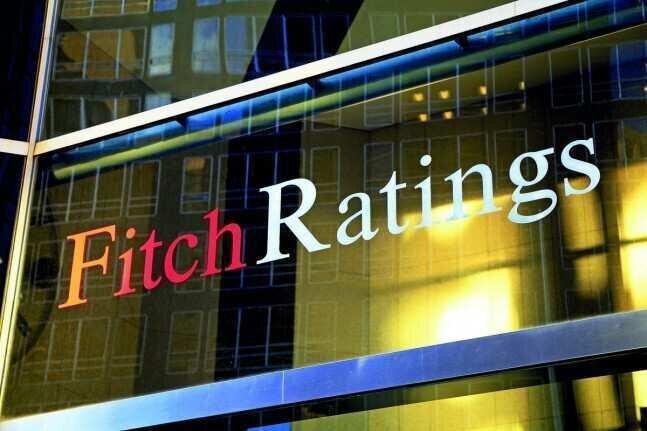 Georgia's ratings are supported by governance and business environment indicators that are above the current medians of 'BB' category peers, and a track record of macroeconomic resilience against regional shocks. Confidence in the authorities' economic strategy is also anchored by an IMF Extended Fund Facility (EFF) programme. These credit strengths are balanced by government debt's significant exposure to foreign-currency (FC) risk, high financial dollarisation, and external finances that are significantly weaker than the majority of 'BB' category rated peers'.

Georgia's economy has been resilient against a testing external environment. Real GDP growth in 2019 is estimated by Fitch at 5.2%, outperforming the agency's 4.3% projection, and up from 4.8% in 2018. The impact on Georgia's tourism sector (7.6% of GDP in 2018) from Russia's flight embargo (in place since June 2019) has been weaker-than-expected as higher visitor numbers from Turkey and the EU have offset the fall in visitors from Russia. Despite weak economic growth in some major export partners (e.g Azerbaijan, Russia and Turkey), total export growth remained positive, supported by a diverse base of export markets and depreciation of the Georgian lari. Meanwhile, revised national accounts data, starting from 2010, lifted nominal GDP by 8.6% as of 2018.

Economic growth is forecast by Fitch to ease to 4.4% in 2020; just above the five-year average growth rate (4.2%) of 'BB' category peers. The slower growth mainly reflects a weaker outlook for domestic demand due to a tighter monetary policy. Downside risks are significant. Ongoing uncertainty in global trade markets, in addition to recent domestic social and political unrest, could weigh on growth prospects, particularly investment. Inflows of foreign direct investment (FDI) have slowed since mid-2018, partly due to the winding down of the TANAP gas pipeline project, but also due to a weak Turkish economy. The recent termination of contracts to construct the Anaklia deep-sea port project has led Fitch to lower its FDI projections.
Political uncertainty continues in the run-up to October's parliamentary elections. Failure by the ruling Georgian Dream (GD) party in November 2019 to pass promised legislative changes to the electoral code has led to a boycott of parliament by the main opposition party, United National Movement (UNM), as well as public protests. Fluidity of developments leaves the election outcome highly uncertain.

However, Fitch does not expect a material diversion away from existing economic policy direction regardless of the election result. The extension of the IMF programme until April 2021 will help maintain policy credibility and direction of structural reform through the electoral cycle.

Relations with Russia remain fragile. Notwithstanding the imposed flight ban, sensitivity from geopolitical risks on domestic politics and the economy remains a risk.

Headline inflation averaged 4.9% in 2019, reaching 7% in December 2019. Inflation in January 2020 eased slightly to 6.4%. Inflationary pressures have been mainly driven by higher food prices and a strong exchange rate pass-through as the lari depreciated against the US dollar 7.1% in 2019 (affected by domestic politics and the Russian flight ban). Georgia's real effective exchange rate (REER) depreciated 5.3%.

Since September 2019, the National Bank of Georgia (NBG) has hiked its benchmark rate four times (by a combined 250 bp), and in keeping with its commitment towards maintaining exchange-rate flexibility, interventions in the FX market have been small. At 9%, the benchmark interest rate is currently at its highest since 2008. The slowdown in domestic demand should help abate inflationary pressures. Fitch does not envisage headline inflation to converge towards the NBG target of 3% until 2021. We forecast inflation to average 4.5% in 2020 and 3.2% in 2021. We expect that the NBG will likely maintain a proactive policy approach should further price pressures from lari depreciation arise.

External vulnerabilities are a key rating weakness. The gross external financing requirement was equivalent to 70% of international reserves in 2019 and is set to rise in 2021 when a USD500 million Eurobond matures. External liquidity, as measured by the ratio of the country's liquid external assets-to- liquid external liabilities, is weaker than peers' at 100.4% (vs 149% for the 'BB' median) and net external debt-to-GDP is six times the current 'BB' median ratio of 9.6% (estimate for 2019).

Georgia's current account deficit (CAD) in 2019 reached a historical low of 4.5% of GDP by Fitch estimates; largely on account of a smaller trade deficit as a result of weaker export growth and contraction in imports. We forecast the CAD to reach 4.1% in 2020 and 4.2% in 2021, still significantly wider than the median 2.6% of 'BB' category peers. Financing of the CAD is expected to be covered by sustained net inflows of FDI, averaging 5% of GDP.

Fiscal performance has remained broadly in line with IMF programme targets. Georgia's fiscal deficit-to- GDP (including budget on-lending) is estimated to have reached 2.2% in 2019, within the government target of 2.3%, and below the median 2.7% deficit of 'BB' category peers. For 2020, an augmented fiscal deficit target (excluding budget on-lending) of 2.7% has been agreed, with a ceiling on net budget on-lending of 0.2% of GDP for 1H20. This follows an augmented fiscal deficit outturn of around 2% of GDP in 2019. Fitch considers that gains from improved revenue administration and increase in excise duties will help partially offset lower revenues from increased VAT refunds and lower grants. Meanwhile, government expenditure will increase in education, social benefits and pensions.

Government debt rose to 40.1% of GDP in 2019, as the impact from a weaker lari offset a narrowing of the primary fiscal deficit. The revised national accounts put debt/GDP closer to the 'BB' peer median of 38.4%. IMF quantitative targets should help provide a policy anchor to place debt on a downward trajectory in the medium term, further supported by a moderate recovery of the domestic currency. However, sensitivity of government debt to exchange-rate shocks remains high given Georgia's large share of FC-denominated debt (78%).

Georgia's banking sector is sound as reflected by Fitch's BSI score of 'bb'. Capitalisation is high at 19.5% in 4Q19 and non-performing loans account for 1.9% of total loans, according to IMF methodology. Fitch's MPI score of 2* reflects a period of rapid credit growth. New macro-prudential measures have slowed annual household credit growth to 12% in December 2019, from 25% in January 2018. However, lending to non-financial corporates remains on an upward trend, with annual growth of 30% in December 2019, compared with 12% in January 2018. Meanwhile, dollarisation remains elevated at 61.2% of total deposits and 56.5% of loans (end-2Q19).