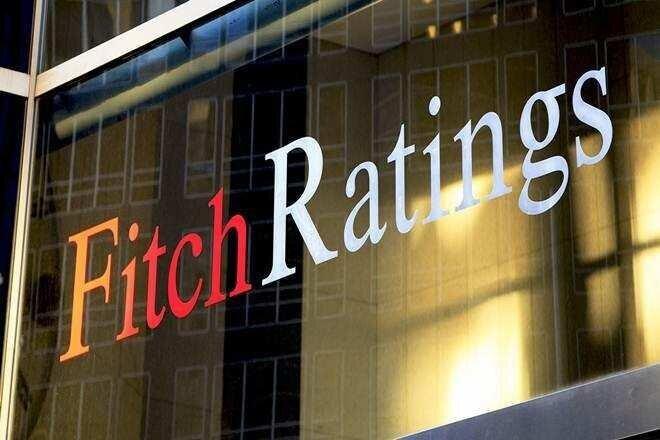 Back
Fitch Ratings has affirmed JSC TBC Leasing's (TBCL) Long-Term Issuer Default Rating (IDR) at 'BB-', with a Negative Outlook. A full list of rating actions is below.
TBCL operates solely in Georgia, its domestic market, and is the market leader in leasing. The company mainly provides financial leasing to the corporate clientele of TBC Bank (BB-/Negative) as well as to SMEs, microbusinesses and individuals.
KEY RATING DRIVERS
TBCL's IDRs are driven by support from TBC Bank. The Negative Outlook mirrors that on its parent. Fitch's view of a high probability of support is based on high reputational implications of a subsidiary default for TBC Bank, as this would significantly damage its reputation with its key wholesale lenders, undermining its current strategic focus and growth potential.
Fitch's view is also underpinned by full ownership by, close integration with and the record of capital and funding support from TBC Bank, which has provided capital and funding support over the years. To support TBCL's growth, the parent has injected new equity on several occasions (most recently in December 2019) and has already approved additional available capital of GEL2.5 million, to be disbursed based on TBCL's needs. TBC Bank provides TBCL with subordinated and senior loans as well as letters of support to enable third-party borrowing. It also facilitates TBCL's bond placements.
TBCL's standalone rating profile does not drive the IDR as it is constrained by a monoline business model, franchise strength, weak asset quality, high risk appetite, and tolerance for elevated leverage. Positively, TBCL's profitability is high and above TBC Bank's target, highlighting TBCL's positive contribution to the parent's performance.
TBCL's clients are often higher-risk borrowers than those of TBC Bank, but this is partly mitigated by access to liquid collateral and from the adequate pricing of risk. Planned growth in 2020 and new products did not materialise due to the adverse economic impact of the pandemic and the consequent cautious approach adopted by TBC Bank. TBCL aligns its strategy and risk policies with those of the parent, although TBCL's management is independent in its operational decisions.
Asset quality deteriorated in 9M20 (leases classified as Stage 3 at end-3Q20 were 15% of the gross carrying amount), but it benefits from sound collateral coverage (88% of the portfolio was overcollateralised at end-2019). However, provisioning expenses negatively affected profitability (return on average assets of 0.4% in 9M20) and consequently internal capital generation. Accumulation of liquid assets over 9M20 (19.5% of total assets at end-3Q20) materially increased leverage (debt to tangible equity of 9.5x), but we view positively the cautious approach in deploying this liquidity into new leases and to repay maturing liabilities.
TBCL's senior secured debt rating is equalised with the company's Long-Term IDR, notwithstanding the bond's secured nature and an outstanding buffer of contractually subordinated debt. This reflects high uncertainty on asset recoveries in a scenario where both TBCL and TBC Bank are in default, a scenario that would likely be accompanied by considerable macroeconomic stress in the country.
RATING SENSITIVITIES
Developments that may collectively or individually lead to negative rating action/downgrade:
A downgrade of TBC Bank's Long-Term IDR would lead to a downgrade of TBCL, because the two IDRs are equalised.
A material weakening of TBC Bank's propensity or ability to support TBCL could result in the subsidiary's rating being notched down from the parent's. This could be driven by less material repercussion of a failure to support TBCL on TBC Bank's access to funding as well as greater regulatory restrictions on support or a diminishing of TBCL's strategic importance or operating on an increasingly independent basis.
A downgrade of TBCL's Long-Term IDR would be mirrored in a downgrade of the company's senior secured bond rating.
Developments that may collectively or individually lead to positive rating action/upgrade:
An upgrade of TBC Bank's Long-Term IDR would lead to an upgrade of TBCL, because the two IDRs are equalised.
An upgrade of TBCL's Long-Term IDR would be mirrored in an upgrade of the company's senior secured bond rating.
BEST/WORST CASE RATING SCENARIO
International scale credit ratings of Financial Institutions and Covered Bond issuers have a best-case rating upgrade scenario (defined as the 99th percentile of rating transitions, measured in a positive direction) of three notches over a three-year rating horizon; and a worst-case rating downgrade scenario (defined as the 99th percentile of rating transitions, measured in a negative direction) of four notches over three years. The complete span of best- and worst-case scenario credit ratings for all rating categories ranges from 'AAA' to 'D'. Best- and worst-case scenario credit ratings are based on historical performance. For more information about the methodology used to determine sector-specific best- and worst-case scenario credit ratings, visit [https://www.fitchratings.com/site/re/10111579]
REFERENCES FOR SUBSTANTIALLY MATERIAL SOURCE CITED AS KEY DRIVER OF RATING

The principal sources of information used in the analysis are described in the Applicable Criteria.

PUBLIC RATINGS WITH CREDIT LINKAGE TO OTHER RATINGS

TBCL's IDRs are driven by support from TBC Bank, as described above.

Unless otherwise disclosed in this section, the highest level of ESG credit relevance is a score of '3'. This means ESG issues are credit-neutral or have only a minimal credit impact on TBCL, either due to their nature or the way in which they are being managed. For more information on Fitch's ESG Relevance Scores, visit www.fitchratings.com/esg
TBCL' scores are mostly aligned with those of its parent, TBC Bank. As support-driven issuers have strong linkages to their support providers, the ESG Credit-Relevance Score assigned to the 'supported' subsidiaries often mirror those of their corporate and FI parents. This reflects our opinion that many of the ESG elements at the parent level are credit relevant for the subsidiary.
TBC Fitch Ratings TBC Leasing Leasing